Delta boss Ed Bastian says he wants to make travel magical. Bastian wouldn't know "magical" if he tripped over a magician carrying a magic bag of magic wands through the Magic Kingdom.

Leaked figures reveal that Apple is United Airlines' largest corporate account, pouring about $150 million annually into the carrier's coffers. The Number One flight for Apple on United: San Francisco-Shanghai, where it spends $35 million a year. I may be wrong, but flying frequently on a crappy airline could be one reason why Apple products now are so uninspired and plagued by manufacturing glitches. Because you are what you fly.

In 1928, when Italian immigrant Ettore Boiardi decided to transform his Cleveland restaurant into a canned-food company, he considered changing him name to Chef Bonvoy. He settled on the more melodic and phonetic Chef Boy-Ar-Dee instead. Decades and millions of research and marketing dollars later, Marriott for some unknown reason thought Bonvoy would be a good name for its frequent guest program. Me, I'd rather spit on my family's heritage and buy a can of Chef Boy-Ar-Dee Beefaroni.

The U.S. airlines are reluctant to talk about back-of-house details of the frequent flyer programs, mostly because they would reveal what a sham that they have become. Which explains why Alaska Airlines, the last to cling to a mileage-based plan, is open about some of its moving parts.. Surprising no one considering that the airline is based in rainy Seattle and dominates Alaska, the most popular member award destinations are Phoenix, Las Vegas and San Diego. 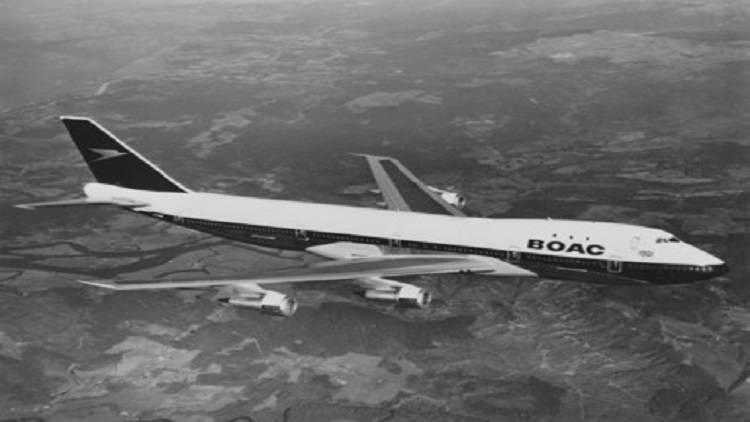 British Airways is repainting some aged Boeing 747s in its 1960s-era BOAC livery, all the better to claim that its 20-year-old business class isn't really that old. New/old paint jobs, after all, are a lot cheaper than buying new planes and bringing your business class up to 21st-century standards.

Lola.com, a start-up that has stumbled around looking for a profitable niche, now says it's a business travel expert. Beware of business travel "experts" that post blog items offering the "surprise" revelation that AirTran Airways offers gate-to-gate WiFi on all flights.

Speaking of travel start-ups, I am intrigued by Stasher.com. It is creating a virtual global network of places to, well, stash your luggage. With more of us using alternate lodgings and more of us not having an "office" to drop bags on a business trip, this seems like a good idea. In fact, I used a luggage-storage place in Rome last month for the five hours between a hotel checkout and a check-in across town at an apartment rental. Very nice not having to schlep bags.

I'm not one of those "bucket list" kind of folks, but I really do want to visit Harbin in northern China, a region so distant that it has Russian onion-dome buildings, Korean influences like kimchi and wheat instead of rice. I admit my interest has been stoked by the chef/owner of a fabulous dumpling house that even Mister Meatball admires. And now a JW Marriott opened and I have, um, Bonvoy points to burn.

The saddest words in travel: "My hotel is on the Bath Road at Heathrow."

Our political thoughts (such as we choose to think of them) are naturally consumed with the partial government shutdown. But, jeez, at least we're not the United Kingdom. It is two months or so from "crashing out" of the European Union without a deal. I'll be there reporting from London because it's my job, but I'd avoid using London as a European connecting point from late March until you see that Europe and Britain have all their aviation ducks in order. Hell, they are even stockpiling in-flight meals, which is almost as sad a thought as "my hotel is on the Bath Road at Heathrow."

Speaking of the government shutdown, a heartening note from the front via a JoeSentMe member: "Just finishing a trip--Yuma, Tucson, Phoenix, Denver--and the security lines were not long. TSA agents at Phoenix Sky Harbor Airport helped me find my missing wristwatch. [They] took the time and couldn't have been nicer. "