Hong Kong Is Never About Now. It's Always About Next
THURSDAY, MARCH 7, 2019 -- On my first visit to Hong Kong, 36 years ago, I bought a watch. I still own it: a lovely Dunhill Millennium with a gold face, black Roman numerals and a slim steel band.

Hong Kong? Not so much on the continuity.

The airport I flew into in 1983, Kai Tak International, is gone, the runway converted into the city's cruise ship terminal.

The hotel in which I stayed, the year-old New World International, is gone. So is the gargantuan, vintage 1982 New World Centre of which it was a part. That area of Tsim Sha Tsui on Kowloon, known as Holt's Wharf at the beginning of the 20th century, is morphing into still another entity, Victoria Dockside.

When I returned to Hong Kong several years later, I stayed at the Hyatt Regency on Nathan Road. It's gone, too, demolished to make way for a 31-story shopping mall. On a visit in 1993, I moved upscale to Connaught Road in Central and stayed at the newly opened Ritz-Carlton. It, too, is gone, demolished and replaced by an office tower. Most places I've visited over the years in Hong Kong have disappeared. The tiny shop where I bought fabulous Allex scissors from Japan long before there was Amazon? Gone. My favorite Vietnamese restaurant? Razed with the New World Centre. My go-to dim sum joints? Vanished.

Hell, Hong Kong isn't even owned by the same people now. When I first arrived, British suzerainty and its lease on what was then called the Crown Colony were the issue. The city has long passed back to China and is now called a SAR (special administrative region). The struggle is how much freedom Hong Kong citizens can maintain despite relentless interference from the mainland's authoritarian leaders.

My point? Hong Kong is never the same from visit to visit. The only constant in this tiny, frenzied, crowded city is change. No place changes as fast or as furiously or as frequently as Hong Kong. Every day may be a winding road, but Hong Kong is the only place I know where there's a good chance the winding road was rerouted or paved over while you were sleeping.

I find that exhilarating. Hong Kong makes me happy. I find the constant buzz energizing.

Your mileage may vary, of course, and it may bother you that your "favorite" place from your last visit is now lost to time. Sure, I miss the old Ritz-Carlton Hong Kong because its lobby was up on the 8th floor and that was a calm and comfortable shelter from the 24/7 storm below. But Hong Kong isn't about then. It's not even about now. It's about next. Always next.

It's wise to remember that regardless of whether you're planning your first or your fiftieth visit.

PLANE TALKING Cathay Pacific's relentless search for routes it can profitably serve from Hong Kong lands this month in Seattle. Daily flights between Sea-Tac and Hong Kong International begin on March 31. Cathay will be the fourth carrier to try the route. Northwest and United are gone. Delta Air Lines dropped its SEA-HKG run last October in favor of a Seoul nonstop. ... Hong Kong Airlines, a short-haul carrier that has often tried to compete with Cathay on long-haul runs, seems to be collapsing on itself. Previously announced routes to New York, Toronto and London never materialized and this week it reduced frequencies to all its North America gateways: Los Angeles, San Francisco and Vancouver. Another division of the troubled Chinese conglomerate HNA, the carrier recently dumped routes to Moscow and Australia. New Zealand flights end in May.

HELLO, GOODBYE For all its obsession with the new, Hong Kong pays attention to the past as it bulldozes it. So-called Plot 1 in Causeway Bay is the first land parcel sold in 1841 after Hong Kong became a British colony. It's currently home to the iconic waterfront Excelsior Hotel and, of course, it's about to be demolished. The 869-room property closes at the end of the month to make way for a new office tower. There are all sorts of special events and parties to say a "fond farewell" to a 46-year-old building. ... One anchor of the aforementioned new Victoria Dockside is the Rosewood Hong Kong. After a few delays, it's scheduled to open March 17 with 413 rooms, the smallest of which is 570 square feet.

FEEDING FRENZY The Wall Street Journal last week asked Chan Yan Tak about his favorite Hong Kong food hangout. Why Chan? He's the first Chinese chef ever to earn three Michelin stars and his restaurant in the Four Seasons is a staple on world's-best lists. Chan's choice? A dive in Prince Edward called Kwong Kee Congee. (123B Lai Chi Kok Road, Kowloon; 852-5988-5763). ... The New York Times last week profiled Yardbird, "one of the most popular and influential restaurants in Hong Kong." (154-158 Wing Lok Street, Sheung Wan, Hong Kong Island; 852 2547 9273) ... More useful is the new list of "52 best restaurants in Hong Kong" from Time Out. It covers Hong Kong's great and humble, its funky and weird and the newest and most classic places. ... While it leans primarily to Cantonese food--Guangdong Province (née Canton) is just across the border--Hong Kong is a terrific place to sample China's great regional dishes. For something unique to American palates, try Lao Zhang Gui. It features cuisine from Dongbei, known as Manchuria to Westerners. 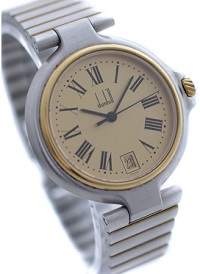 LOCAL COLOR The Mills is one time a Hong Kong landowner didn't knock down the past to make way for the next. Nan Fung Group converted its former textiles mills into a shopping mall cum, um, well, no one's quite sure. Or as one online reviewer quipped, "Too many coffee shops. End of story." As recently as the 1960s, cotton-based textiles represented as much as 60 percent of Hong Kong's manufacturing base. ... K11 specializes in big shopping malls with lots of glitzy art. This year will bring K11 Musea (above) to Victoria Dockside. It's a shopping mall with a museum or a museum with a shopping mall. ... Trying to remember where your favorite Hong Kong place used to be? Interested in great photos of old Hong Kong? Visit Gwulo. ... One thing from my first Hong Kong visit, the Geneve Watch Centre, is still around. And it's still on Nathan Road, retail spine of Kowloon. I paid US$240 for my watch (at left above), then selling for $495 at the Dunhill shop in New York. I wear plastic Swatches now--the better to get through airport security checkpoints--so I haven't shopped at Geneve lately.