It is undeniably true that putting the 350 or so Boeing 737MAX8 and MAX9 aircraft on the ground ensures that no one will die in an accident or a crash. We're safe as long as those planes are on the ground.

But this is also undeniably true: If better safe than sorry is what drives our system, we should ground every aircraft on the planet. The safest aviation system we can have is one where no plane ever taxis from a gate, ever takes off from a runway, ever cruises in the sky or ever lands and taxis back to another gate. If better safe than sorry drives us, no one will ever build an aircraft again. No airline will ever operate one again. We'll never get on a flight again.

Please believe me. I'm not writing to be snarky. I am not indulging in Post hoc ergo propter hoc. I never even took Latin in Catholic school.

But the logical fallacy is "better safe than sorry" because the only safety in aviation is putting aircraft on the ground. All aircraft. Everywhere. Forever and ever.

Like it or not, this is the brutal, ugly, unholy truth about airline safety: From the moment you agree to put a mechanical bird in the skies, is a matter of statistical risk. What is safe enough? How much risk can you tolerate? One death in a million? One in a trillion. One in a billion. One in a googol? How much money will you throw at any aircraft to reach an acceptable level of safe? How much maintenance must you do? How much training must your pilots have? The only truth is math and your tolerance for risk. 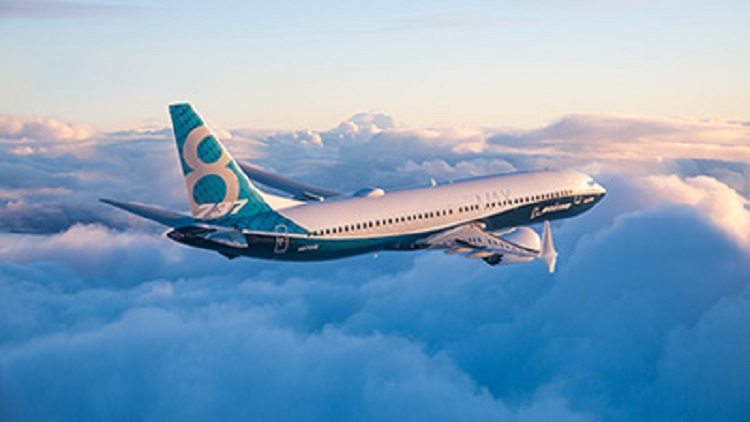 There is no absolute safety until and unless you ground every aircraft. Everywhere. Eternally. Any other decision is based on statistics and risk.

So, yes, continuing to allow the MAX series to fly would have been a risk. I thought it was an acceptable risk yesterday and I think so today. Others did not. You might not have. Eventually every regulatory agency decided--or was cowed by braying media and bloviating politicians into deciding--that the risk was too high.

I cheer the fact that none of that will happen. But I cannot for the life of me figure out why anyone thought it would happen again, especially in North America, where five carriers have flown the MAX without incident for hundreds of thousands of hours on at least 100,000 flights.

And, certainly, there were some superficial similarities about the problems that the aircraft experienced during the minutes they were airborne. It is unnerving that these are new aircraft, crashing on takeoff just five months apart. It is suspicious that this is a new version of a once unassailable aircraft. There's new software on the planes and new technical matters that affect the piloting of these aircraft.

But that is basically all we know. What we also know is that Lion Air is a terrible airline with a terrible safety record. The MAX8 it crashed was not airworthy due to a litany of mechanical issues that Lion Air ignored. Ethiopian is a much better airline, but expanding quickly, perhaps too fast. The first officer on ET302 had just 200 hours of experience. In the United States, you can't fly for a commercial carrier unless you have 1,500 hours. The Ethiopian pilot was experienced--he had 8,000 hours in the cockpit--but he was just 29 years old.

But you again say: Better safe than sorry. And I say this: Every pilots union at every U.S. or Canadian carrier running the MAX series says they were safe. Despite all the mass-media hysteria about "many" pilots complaining on an anonymous bulletin board, there were just FIVE complaints. And it is impossible to determine whether the complaints were legitimate gripes about an aircraft or poor piloting.

But you say still once more: Better safe than sorry and Transport Canada and the FAA got new information yesterday and that is why they acted. And I say this: Listen to Canadian transport minister Marc Garneau. He says the third-party satellite data about the Ethiopian flight was "unverified." The similarities to the Lion Air crash were "possible, although unproven."

But, again, better safe than sorry. Nothing is lost by putting the planes on the ground. Okay, sure, but consider: Southwest says it operated its 34 aircraft for 88,000 hours on more than 41,000 flights. American Airlines said its 24 MAX8s flew 2.5 million passengers on 46,400 hours over 18,000 flights. United, which operates 14 MAX9s, said they have been 23,000 hours in the air. WestJet flew its 13 MAX8 for more than 9,000 flights and carried more than 1.3 million passengers. Air Canada has 24 MAX8s and didn't give specifics, but they've run cleanly, too. In fact, the best estimate is that the MAX series was successfully operating on 8,600 flights each week worldwide.

If we ground every new aircraft because "better safe than sorry" then the system really does become untenable. And, again, what's the number? What percentage of risk is acceptable? If we are safety absolutists, nothing will ever fly.

I have no grand conclusion for you. Air Canada said today it is preparing for a minimum three-week grounding. I think that is wildly optimistic. The four-month grounding of the Dreamliner involved just 50 aircraft and no fatalities. Why wouldn't this go on longer because, you know, "better safe than sorry."

And who must approve our new safety absolutism? Do we have a public vote on Facebook before we allow these planes in the skies? Must CNN, Fox News and the BBC be convinced first? There are about 2,000 earlier-generation Boeing 737s in the air as I write this. Do we ground all of them if, heaven forfend, a 737-800 crashes? Because, you know, better safe than sorry?

We are safe now from any potential danger of 737MAXs. But we will be sorry later that we acted so hastily, so impulsively and with so few facts.

This is, I fear, the beginning of our safety problems with absolutism. A plane without a single incident in North America is on the ground. We are safe now, but we will be sorry later.