When I told you last month that United Airlines' decision to abandon award charts for MileagePlus was the end of the frequent flyer world as we knew it, I also warned the reaction would be swift and severe. A quick look at business class award pricing for winter to Europe shows that. Saver award seats (70,000 one-way on existing charts) have almost totally disappeared. Unrestricted pricing, currently 155,000, now floats from 99,000 miles (a very few) to 180,000 (more than a very few). The [sic] "sweet spot" seems to be 125,000 to 140,000 miles.

Watch how United will spin this: It'll claim we should be happy because unrestricted prices have fallen. And that's true as far as it goes. In fact, however, the effective rate that MileagePlus customers are being asked to pay for premium classic tickets to Europe has already skyrocketed.

Incidents of severe in-flight turbulence are multiplying quickly. Fourteen passengers required medical attention this week after a flight from London/Gatwick to Tampa. This follows recent incidents on a United flight to Washington, a Delta Air Lines flight to Seattle, an Alitalia flight to Japan and another BA incident over Gibraltar.

Some folks suggest that climate change is to blame. I literally don't know about that. I can only repeat what I've written for years: Sit down. Shut up. Buckle up. It doesn't guarantee you won't hit turbulence, but it will guarantee you'll be as safe as possible. 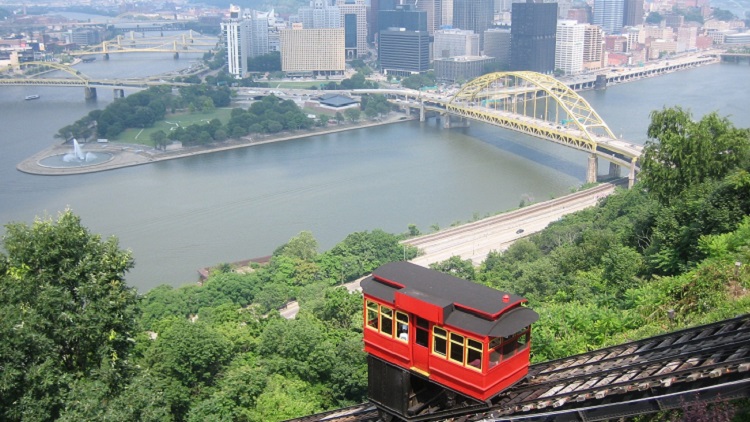 I have mad love for Pittsburgh, a town that converted itself into a green and livable city after its Rust Belt history as a smoky, sooty iron and steel center. It's nice that people are beginning to realize that it's a nice place to visit. Of course, there'll always be glitches with the Duquesne Incline.

Meanwhile, across the pond, the Oxford versus Cambridge battle continues.

I think that's a pretty good insight for a guy who's spent way too long fighting with airlines. I would also commend you to Laura Begley Bloom's interesting piece about a passenger put off a plane because she had the temerity to point out her daughter's seat was covered in vomit. It has a sharp observation about airlines being the "North Korea of capitalism." That guy must have traveled some ... :)

Michael Solomonov's Zahav in Philadelphia this week was named "outstanding restaurant" of the year at the James Beard awards. I've never been to Zahav, but I have the Zahav cookbook and eaten some nifty hummus at Dizengoff, Solomonov's Philadelphia hummusiya. I still prefer my version, but Solomonov and his endless promotion of hummus really has me jonesing for a visit to Israel.

They named a royal baby Archie? Archie? I guess that makes sense. His friend Jughead has a hat that sorta, kinda looks like a crown.

CBS is trying to bootstrap its paid streaming platform with a Star Trek brand extension called Star Trek Discovery. It never made sense that a show filmed 50 years after the original was pitched as a prequel. Now the end of the second season throws the titular Starship Discovery hundreds of years beyond the so-called original series. The writers explain the whole thing away by pulling a line from Fawlty Towers and having the Spock character say don't mention the war--or anything that happened in the prequel. And all I can think of is that CBS told the showrunners: "We need this show to launch our streaming service. Make it a prequel to shoehorn in characters from the original series as a way to get oldsters to sign up." Because if this prequel-to-sequel-to-secret-past gambit was a creative plan, geez, they are so out of ideas.

Travelers ask me all the time which of the approximately 12 million trip-management apps I use. My answer? None. I just put my flights and hotel reservations into my calendar and forward the electronic paperwork--etickets, boarding passes, what have you--to an E-mail address I only access on my phone.

I find it hilarious that political-fringe nutbags argue that their "free speech rights" are being violated by Facebook. Others want it broken up or regulated as a "public utility." WTF? Like or hate Facebook, you can always walk away. I've never had Facebook, never used any of its subsidiary products and my life goes on just fine. No one needs Facebook. You don't like it? Walk away. It's really simple.

With the notable exception of flights to Italy and Spain, the "premium" fares on Norwegian seem very low into next year. If you manage expectations--see my review from last year here--you'll do well. Especially on westbound daylight flights back home where lie-flat beds aren't really needed. But note: Norwegian's spotty network of contract lounges is now only available to flyers who buy a higher "premium flex" fare.

World of Hyatt this week added more Small Luxury Hotels to its roster of properties. Some are priced too high, but many SLH properties now participating in World of Hyatt are attractive redemption opportunities.

But World of Hyatt is still doing it wrong. What good are more redemption opportunities if the Hyatt footprint remains so minuscule that you can't earn enough points to redeem? And what value is more redemption opportunities when the program discourages business travelers from going out of their way to use Hyatt's too-small-footprint because top-tier elite status is wildly overpriced?

Every business traveler I know has an image of themselves as a smart, globe-trotting sophisticate. Even if it's not true, we tell ourselves that it is. Then there is Gregg Popovich, the justly revered coach of the San Antonio Spurs basketball team. This guy knows how to live a life on the road.

What do you think of our new design, which is being rolled out this week for the columnist part of our weekly roster? We think it's cleaner, easier to read, much more responsive on mobile devices--and it is https:// so you won't get any "insecure" warnings. We'll convert other features and the home page in the weeks ahead. Good or bad, let me know what you're seeing and your verdict.