Old Man Yells at Travel Cloud, Gets No Kicks on Route 66
WEDNESDAY, MAY 22, 2019 -- It occurred to me that Route 66 was the perfect song to use as a framework to talk about travel on my 66th birthday.

You know, wanderlust. The joy of discovery. The going from place to place as a valuable action on its own merits. Plus I'd have an excuse to talk about how the writer Bobby Troup's version, and the nearly immediate cover by Nat Cole, are perfect distillations of the American spirit. Manifest destination in music. Hepcat history. The finger-popping, spirit-affirming soundtrack of a life on the road.

Except it's a lie. I've been traveling on business for nearly 50 years and Route 66 ain't about me at all. 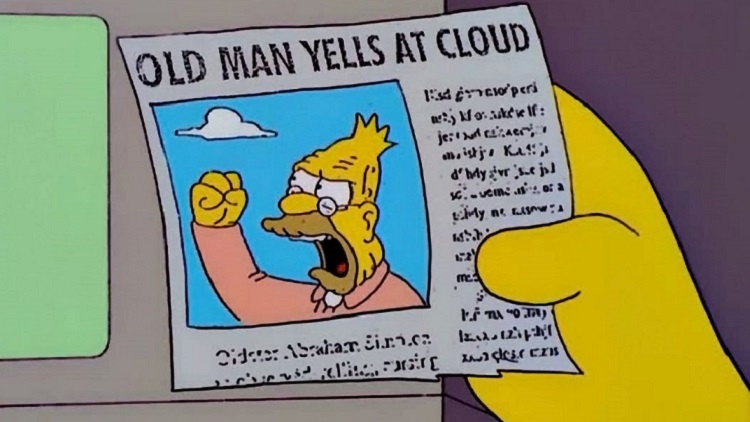 In fairness, the cloud started it. I've always thought the business of travel was stupid. Insane, really. I have been yelling about it so long that I am now Grandpa Simpson and the travel cloud has gotten away with everything.

Before we start down this road, however, an explanation: No matter the metaphysics of the Simpsonian timeline, Grandpa Simpson can't be 83, his "official" age. If they are going to hold to the canon that his son Homer is 39, Grandpa really can't be all that much older than 66. (In fact, one episode said he was 35 when Homer was six.) Except for the bolo tie and the backless slippers--I've been against mules since my days flogging footwear in my father's shoe store--I am physically, emotionally and chronologically very much Grandpa.

My first business trip was during college. It was a long ride in an old car trying to get to Toronto to sell a homemade magazine that instead ended with a cold overnight in a gasoline station. The only music: A cassette of Neil Young's Harvest. If nothing else, music on the road is better now. Every song I own is on micro-SIMs that fit in my phone. Everywhere I go in the world, all my music is with me and takes up less space than a cassette. Coincidentally, Neil Young this week released an Android app to play his entire catalog in higher fidelity.

I think the best thing invented in my time on the road is Google Maps. We don't get lost anymore. That is a mixed blessing, of course. Getting lost is one way to learn about things as you travel and inspired a great Chet Baker tune, too. But for business travel? Google Maps is brilliant.

The worst thing invented in my time on the road? Luggage with wheels. I'm not against convenience, you understand. But wheeled luggage encouraged airports to build more and more remote gates--20-minute walks from check-in counters at the New Istanbul airport, for instance--and has convinced some travelers that anything on wheels is a carry-on bag. It's a toxic combination.

The silliest thing I've ever heard about travel is people who say they want their hotels to be "authentic" or "genuine" or "part of the community." There is literally nothing more artificial than a hotel. A bunch of folks in transit all grouped in one place is the definition of inauthentic. Yes, hotels should be less sterile. And maybe their public areas can serve as community rallying points. But hotels simply cannot serve their function of housing transients and be "genuine." Travel by its very nature is inauthentic.

The smartest thing I've ever said about hotels is this: Stay better on the road than you live at home. For me, that used to be luxury digs where furnishings and services were at a higher level than I experienced at home. These days, staying better is often a nice apartment rather than a hotel. I don't need bellmen or concierge services or a restaurant. But I do want more space and a kitchen and a convenient residential neighborhood where my transient lifestyle can temporarily mimic the life lived by locals.

I'm so old that I went to school during the age of schoolbags and, later, the "cool" no-bag approach. In other words, I know nothing of backpacks and am never quite sure what to make of a business traveler with a backpack. This is my quirk, I know, but I have never adjusted to backpacks. 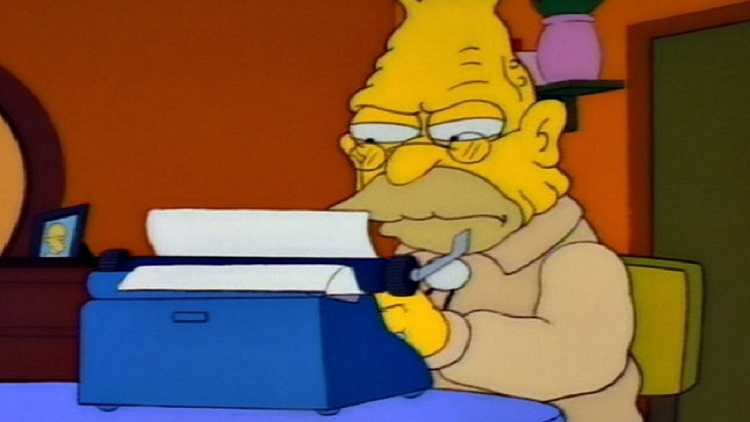 The wildest thing I've ever heard about an airline was about Aer Lingus. Unlike other international carriers, created to take citizens out of their country, Aer Lingus was formed by Ireland to lure Irish immigrants home.

I have never cared about airplanes. They're tools I've used to get work done. Nothing more, nothing less. I have more nostalgia for Swingline Tot 50 staplers than I do for any aircraft.

The term I hate most in travel? "Dwell time," that dreaded moniker attached to all the minutes and hours we spend at airports waiting for flights. I don't care how good the shopping has become, how much improved the dining options are, how much more choice we have in club lounges. I've never once wanted to "dwell" one extra second in an airport. Ever.

I never regret becoming a business traveler. I've written frequently how it enriched my life, exposed me to new people, new ideas and new ways of thinking. But every trip is a battle to stay out of the bubble of business travel.

I was an early adopter of TripAdvisor, am shocked that virtually all of its crowd-sourced competitors have disappeared and distressed that TripAdvisor itself is now part of a vast Internet empire aimed at selling you stuff. But I still love reading its hotel reviews. I am amused by what shocks travelers, stunned by what appeals to them and overwhelmed by the care many contributors take to transmit useful data. Whenever I'm going somewhere, I read TripAdvisor's hotel reviews just for fun. Who knew there could be such ferocious disagreements over the Hilton Anywhere or the Marriott By Some Sea?

Carole King's So Far Away remains the best song ever about the road. She's right, of course. "One more song about moving along the highway can't say much of anything that's new." No one wants to be owned by the road. Most importantly, she understands that we all want to be the person whose face appears at a door and makes someone else feel so fine.

My first international business trip was to Hong Kong and, if you read carefully, you can tell that I was stunned and appalled by the British approach to negotiations with China over the status of the then-Crown Colony. Year after year after year, the Brits would insist that the Chinese would certainly have to accept their latest approach to the "handover." And the Chinese would implacably say, "Your lease is up in 1997 and we're taking it back then." The Chinese, of course, won. I bring this up because the British approach to Brexit, 35 years later, has been bizarrely similar. They keep saying that "surely" Europe will do X and Y and Z and the Europeans keep saying, "Stay or go, but we're not negotiating anymore." The hucksters like Boris Johnson make believe Brexiteers can force Europe to do something. They cannot, something that Chris Patten, the last British governor of Hong Kong, keeps trying to tell fellow Tories.

For all the complications JoeSentMe.com--really, I hate that name--has created for me over the years, I honestly have just one regret: Not enough of you tell me what happens on your trips. Especially ones I might have helped you plan in one way or the other. It strikes me in the shower or in an elevator or in a cab to the airport. "Hey," I think to myself. "I wonder how X's trip went."

This is the business-travel column of mine that is literally in college-journalism textbooks. Supposedly, it's a brilliant mix of commentary and service. I guess. But this is the column that I am most proud to have written. Ironically (or maybe not), it was the first to appear under the rubric JoeSentMe.com.

Decades ago, I got the job as editor of a doomed start-up called Travel Today by writing an essay about the steamer trunk my grandparents brought with them when they emigrated from Italy. I explained in the essay that I was using the trunk as the storage chest for my luggage. I don't have the trunk anymore--I gave it to a cousin--but I've never stopped thinking about the incredible journey my grandparents took at the tail end of the first Italian diaspora. These days I flit from country to country, for business and for pleasure, and think nothing of it. Yet I grieve when I hear that some think America is "full," with no room for another generation of people who want to come here.

Sixty-six years on, I may only be an old man who yells at clouds. But I'd hate to think the grandchildren of some of today's immigrants might not have the chance to grow up here, push nouns against verbs for a living and cogitate about their grandparents' improbable journeys to America.

Thank you for reading this. Thank you for caring about JoeSentMe.com. Thank you for the opportunity to serve. It is--and has been--an honor. Now, where to next? There are kicks to be had, on and off Route 66. Kingman, Barstow, San Bernadino anyone?