Flying Fredos: Why Do Airlines
Lie to Us About Everything?
THURSDAY, JUNE 6, 2019 -- This question has haunted me for the entirety of my business travel life: Why do the airlines think we're stupid?

We're not, as Fredo Corleone so memorably said in The Godfather II, dumb. We're smart. Not like the airlines think.

Yet every day, in every way, the airlines let it be known that they think we're stupid, a throng of Flying Fredos tromping from airport to airport giving them money and taking their abuse. Worst of all, the airlines think they can tell us anything and we're too dumb to notice the gigantic lies they are serving up.

We've discussed this before, of course, not just once, but multiple times. Lying is the coin of the realm in the travel industry, but especially in the airline business. 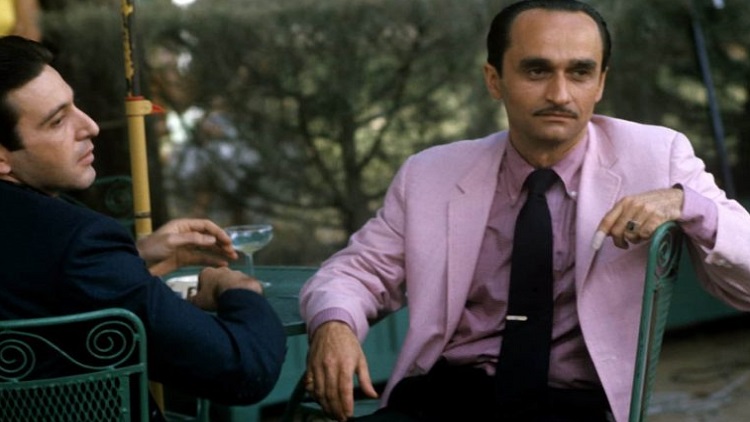 They just can't help themselves. These days, in fact, they've taken to lying even while telling the truth. And, believe me, this is no easy trick.

Consider SAS Scandinavian, a nice little carrier and unique as airlines go. It is, after all, the official flag carrier of not one, but three, nations: Denmark, Norway and Sweden. ABBA aside, it's probably the biggest industry in Scandinavia. If it isn't a great carrier, at least it's not one that American business travelers dislike.

But why does SAS think we're stupid?

Earlier this week, SAS announced that it's ending in-flight duty-free sales. Many carriers have dumped duty-free selling in recent years, so the SAS announcement wouldn't normally make a ripple. By its own admission, in-flight sales were falling. Or, in the words of SAS flack Freja Annamatz, "passengers' buying behavior has changed with fewer in-flight sales."

Simple enough, right? No one buys ugly watches or off-brand booze or gigantic Toblerone bars from duty-free carts, so why keep doing it? If customers aren't buying, no reason to keep selling.

But that's not good enough for SAS. Even while admitting sales were dropping, SAS insisted it was ending duty-free goods to reduce the weight of its aircraft and reduce carbon emissions.

"Every step on the way to sustainable travel is important," claims Annamatz.

Really, how stupid does SAS think we are? It says duty-free sales are dropping and passengers don't care, yet it then claims that it's all about the ecology.

Mercy, mercy me. Not even Fredo Corleone would believe that one.

Also this week, and much closer to home, Alaska Airlines made changes to its schedule at Paine Field, the North Seattle airport that opened to passenger flights in March. Alaska Air said it'd launch a daily flight to Palm Springs on November 5. It will also add a second flight between Paine and Phoenix on August 26.

Good news, right? Sure, if you're closer to Paine Field than Alaska's Sea-Tac hub and want some sun. The one fly in the metaphoric ointment is that Alaska has a hard cap of 18 daily flights at Paine. So to accommodate the additional sunbird service, Alaska is dropping one of four daily flights to Portland and one of four to Los Angeles.

This seems simple. Alaska Air adds flights to destinations they think flyers want and, juggling scarce assets, trims a few flights that might not be missed. I mean, even Fredo would understand because, you know, he's smart, not like everybody says.

But Alaska Airlines doesn't see it that way. It thinks we're dumb. So it lies about its decision to drop Portland and LAX frequencies even while admitting it's killing the flights because its schedule is capped at Paine.

"We're optimizing our flight schedule to improve our operations," says Noelle Fredrickson, Alaska's general manager of network planning and strategy and the designated yarn spinner. "By flying three roundtrips a day instead of four, we can better provide the key flight times preferred by our business travelers, and allow for better connection windows."

You got that, you Flying Fredo? By flying three flights a day instead of four, you're better off. Because fewer flights are better.

It's insane. It's ridiculous. It's a bald-faced lie. No one on the planet would believe it. Yet Alaska Airlines serves it up and expects business travelers to eat it up.

(A diversion here: I refer you to the classic Four Lights Star Trek meme written by my friend Frank Abatemarco and superbly acted by Patrick Stewart and David Warner. The number you see and the number they want you to see--a reference to George Orwell's immortal 1984 colloquy--is something Alaska Airlines must have considered in crafting its Paine poppycock.)

Finally in this week of Flying Fredos, we have Qantas, the Australian carrier that has visions of girding the globe with day-long nonstops linking Sydney to London, Paris, New York and Rio de Janeiro. When chief executive Alan Joyce first began promoting what Qantas calls Project Sunrise, he spun tales of in-flight gyms, beds and even baby cribs. For months--nay, years--Joyce promised these super-duper-ultra-long-hauls would be festooned with perks to keep our minds and bodies healthy.

Of course, Joyce was lying. He admitted as much this week in South Korea during a meeting of IATA, the global airline trade group. Current airline technology won't support new perks. Or, at least, not support perks profitably. Every square inch of the aircraft, when and if those planes are ever created, will be devoted to seating and cargo. You know, stuff that pays.

No one should be shocked by Joyce's admission. Airlines and aircraft manufacturers make fantastic claims when they are planning new planes. Back in the day, Pan Am promised the Boeing 747 could have a swimming pool. Fifteen years or so ago, airlines insisted the Airbus A380 might have beauty salons and casinos and even spas. Joyce's Project Sunshine narrative was unique only because he was bullshitting about planes that don't exist yet.

None of this week's airline lies matter much in the totality of things. We don't buy duty-free anymore so who cares what SAS says? Three flights, four flights, four lights, five lights, Alaska Airlines' Paine Field schedule is what it is. And no one took Joyce's lies seriously in the first place.

Airlines lie. They lie all the time. It's important to remember that. Every day, every hour. Every flight delay, every cancellation. Every bullshit devaluation of a frequent flyer program.

We're not. We're smart. Not like the airlines say.