When It All Went Wrong
For Business Travelers
THURSDAY, JUNE 27, 2019 -- You probably have not thought about Archduke Franz Ferdinand lately, but his life--and especially his death--has had more impact on business travel than anyone save the Wright Brothers.

As you may dimly recall from your grade-school history books, Austria's ill-fated Franz Ferdinand was assassinated 105 years ago tomorrow (Friday, June 28). That act of political terrorism was the immediate cause of World War I and that conflict destroyed the Ottoman Empire and ended Turkish hegemony over the Middle East. The senseless post-war realignment of the region has been the font of most of the terrorism that has plagued business travel ever since. 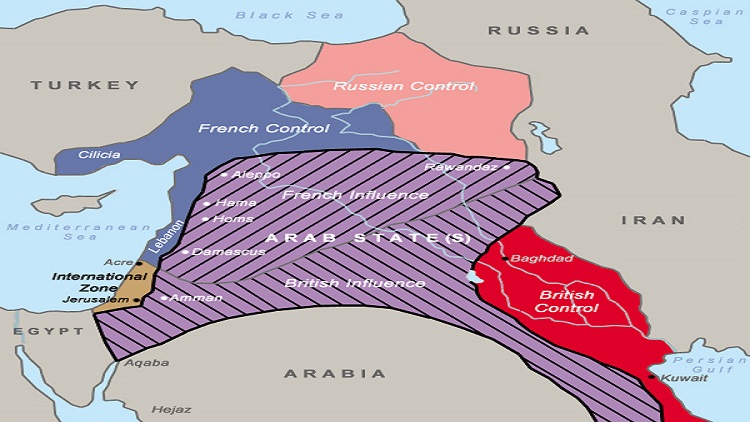 Think I'm looking to hang our most intractable travel issue on a hundred-years dead Hapsburg royal who drove down the wrong street in the wrong city at the wrong time? Consider: The war that engulfed much of the world within weeks of his murder spawned the Sykes-Picot Agreement, which proposed a map that blithely ignored millennia of tribal loyalty in the Middle East. It led to the Balfour Declaration, the diplomatic underpinnings of the modern state of Israel and reactionary Palestinian rage. The aftermath of war allowed the House of Saud to oust the Hashemites from Arabia. Then the British arbitrarily imported the Hashemites to rule Syria, Jordan and the political hash called Iraq. World War I also shredded the underpinnings of colonial Africa, which led to artificial states that ignored tribal and cultural imperatives.

I am not foolish enough to suggest terrorism is the sole province of the religious, social and sectarian problems in the Middle East and Africa. In fact, the foundation of our modern airport security kabuki has its roots in "take-this-plane-to-Cuba" hijackings of the late 1950s and early 1960s. Timothy McVeigh, the Oklahoma City bomber, and Unabomber Ted Kaczynski were home-grown nuts. Narco-terrorism is everywhere. And North Korea, which delights in capturing and torturing innocent travelers, is part of an entirely different miscalculation by Western Powers.

But it would also be foolish to ignore the obvious: Arab, African and Muslim issues almost totally dominate today's terrorism landscape.

Of the 12 Level 4: Do Not Travel alerts issued this year by the U.S. State Department, 11 cover Muslim nations in Africa and the Middle East. (The 12th was for Venezuela.) Although the name of the State Department warnings has changed from one administration to the next, the core problems have been recognized by both Republican and Democratic presidents.

"Not a week goes by that we don't get an alert from one intelligence agency or another warning about a threat on our planes," one U.S. carrier's top security man recently told me. "The supposed perpetrators are always jihadis."

Talk to any global lodging executive and they rarely bring up narco-terrorists or financially inspired kidnappings. The greatest fear is an Islamic extremist group targeting one of their properties as a way to express hatred for Western countries and Western values.

"I quiver whenever we open a hotel in the Middle East," a lodging executive once told me. "I understand the financial angle. I understand customers want and need those hotels, but I'm at a loss to guarantee anyone's safety."

I surely have no answers on offer here. We've discussed how to travel in a time of terrorism, the realities of travel terrorism and terrorism specific to lodgings. We've discussed terror aimed at soft travel targets and how bad actors are changing tactics. We've even considered the awful concept of terror fatigue. But solutions are elusive.

Worse is a chilling realization: Terrorism works. Have you been to Afghanistan or Pakistan lately? Have any hope for a thaw in the 40-year frost between the United States and the Islamic rulers of Iran? Done business in Iraq or Syria? Been to Sri Lanka since the Easter Sunday bombing? Old-timers claim Beirut was the Paris of the Middle East. But Lebanon has been a no-go zone all of my adult travel life. Anyone contemplating a visit to the Holy Land always must answer an existential question: Is it safe?

Perhaps worst of all, too many business travelers have gone realpolitik about the state of the world and the never-ending waves of terrorism that make life on the road so dangerous. And while you can rage against cynicism, how can you argue with it? After all, our choices seem limited to kowtowing to the Shi'a nutbags running Iran, aligning with the equally murderous Sunni Saudis or making nice with Recep Tayyip Erdogan, the proto-dictator deconstructing Turkey's secular Islamic democracy.

Which brings us back to poor Archduke Ferdinand, who took a bullet 105 years ago this weekend and unwittingly unleashed a century of terrorism, too much of it in the name of someone's definition of a supreme being.

Thirty years ago, historian David Fromkin wrote a book about the "war to end all wars" called A Peace to End All Peace.. His dissection of what went so spectacularly wrong during the chop-shop creation of a post-war Middle East was and is depressingly useful. I highly recommend it.

But maybe it's simpler than that. The English poet and author Edmund Blunden fought in World War I and summed it up with brutal clarity.

Okay, I admit, not the best way to segue into the Canada Day and Independence Day holidays. But don't blame me. I didn't off Franz Ferdinand. I just have to travel in the ugly world his death created.