Soylent Green Is Google and Some Other Tales of the Road
THURSDAY, AUGUST 8, 2019 -- It was 50 years ago today that The Beatles crossed Abbey Road and made musical and cultural history.

What's this got to do with today's column? Sadly, nothing. But I wanted to give you a happy thought before we delved into this week's awful, ridiculous, absurd and downright insane news from the (not Abbey) road. I mean, when I have a Soylent Green reference, you know things are rather dire.

So buckle up, maybe stream some upbeat Beatles tunes in the background and be ready to be angry ...

THIS IS WHAT THE SUMMER OF OUR DISCONTENT LOOKS LIKE
I've lost track of how many "summers of hell" we've lived through in the last 20 years or so, but 2019 is shaping up to be, if not hell, a summer of real discontent. And I did warn you. Twice, in fact.

Consider the last few days. On Monday, 150 flights--some intra-Asia, some transpacific--were dumped at Hong Kong International because the rolling protests in the city moved to the airport. (And heads up, protesters say they'll target HKIA again this weekend.) Across the globe at London/Heathrow, ground workers called off two days of job actions earlier this week, but heaven forfend British Airways not mess up the summer. A "technical fault"--that's what BA called it--in its computers yesterday meant that more than 55 percent of BA flights worldwide were delayed and about 15 percent more were cancelled. (And another heads up: Ground workers may still strike at Heathrow on August 22-23.)

Looking for a silver lining? Um, well, uh, er, lemme see. Two more weeks until traffic begins to thin out? Sorry, that's all I got.

SWINDLE ME ONCE ...
You're forgiven if you've already forgotten the 2014 relaunch of People Express. That woebegone enterprise lasted three months before being consigned to the dustbin of aviation history. But while People Express died quickly, the scandal surrounding it didn't.

In 2017, Virginia cut off funding for Newport News, People Express' putative hub, because the airport illicitly used $3.5 million in state grants to pay a $5 million loan that it guaranteed for the carrier. This past May, the former airport boss, Ken Spirito, was indicted on 18 federal counts of financial misdeeds surrounding People Express and the loan. (The airport canned Spirito in 2017 in an unrelated financial scandal.). And just two weeks ago, People Express founder Michael Morisi pleaded guilty to two felony fraud counts. He was charged with defrauding creditors after the airline tanked and now faces as many as 23 years in prison.

What lesson did Newport News officials learn from this never-ending fiasco? Subsidizing airlines is a good idea.

The airport's governing body, the Peninsula Airport Commission, is now asking the U.S. Transportation Department for funds to subsidize flights between Newport News and United's Washington/Dulles hub. Moreover, a local Newport News development authority has pledged as much as $600,000 in matching funds if the DOT approves a grant for the airport. 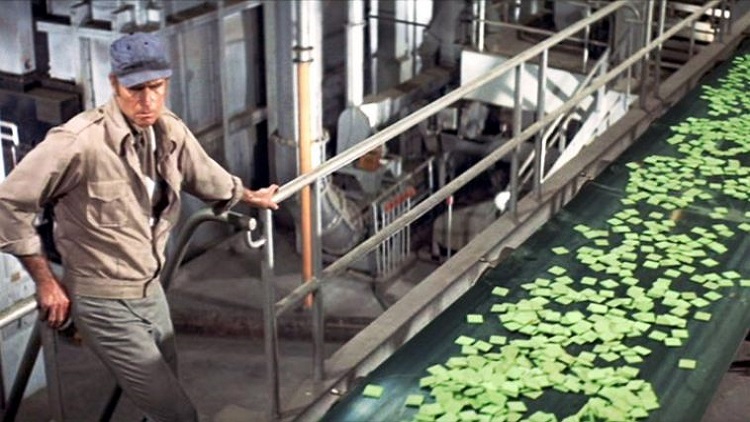 SOYLENT GREEN IS GOOGLE ...
The airlines, which really want you to buy tickets directly from them instead of bricks-and-mortar or Internet-based intermediaries, have long feared the "imminent" arrival of Google. Google has been sniffing around the edges of ticket sales for years, of course, and has bought a slew of travel-related assets, too. Yet it has been slow to pounce.

Google's boldest move arrived today with a bland-sounding blog post. The offer: price protection. Buy a ticket through Google for select domestic itineraries between August 13 and September 2 and Google will guarantee the lowest price. If fares decrease after your purchase, even up to boarding time, Google will refund the difference. Google will even do the monitoring for you.

Sounds great, eh? Maybe. Google is cagey about what routes are involved, how the mechanics work with airlines and, well, about everything. And, you know, Google is already far too deeply entwined in our lives. I'm not sure I want Google as my travel agent, too. Besides, how long before Google starts peddling Soylent Green? But stay tuned. This is gonna be very interesting and the short test is the beginning, not the end, of Google's airline odyssey.

I GOT YOUR PASSENGER RIGHTS RIGHT HERE
Submitted for your approval: The sad tale of EasyJet Flight 1944 last Friday (August 2) from Dalaman, Turkey, to Manchester, England. The captain touched down at Frankfurt when he saw a fault indicator on the control panel of his Airbus A320neo. From there, as Simon Calder of The Independent explains, passengers sat on the tarmac for hours waiting to disembark; they were given conflicting information on the future of the flight; no alternate flights were arranged; there were no buses to take them to hotels; the hotels were sold out anyway; and there were no EasyJet personnel on the scene to render assistance. The budget airline says that it "appreciate(s) this will have caused frustration."

By the way, this is my way to remind you: Never, ever wait for an airline to take care of you during a period of irregular operations. Find you own hotel, book it and pay for it yourself, then argue about compensation later.

TOLD YA ...
Just as I was putting the finishing touches on last week's Brancatelli File, musing about the future of single-use plastic bottles in general and single-use hotel amenities in specific, San Francisco Airport dropped this little gem: Effective August 20, the airport is banning the sale of single-use plastic water bottles. (It's a weird ban, though. Flavored water in single-use plastic bottles is okay.) To its credit, SFO has more than 100 filling stations (euphemistically called "hydration stations") scattered around the airport, all of them airside and post-security. The ban itself is part of the airport's overall "zero-waste" drive that has already changed how SFO concessionaires deliver food and beverages.

I'm no fan of the ban. Grabbing bottled water before a flight is a standard thing for me. But I'll adjust. I already have at my office and home. I bought a Zero Water dispenser a couple months ago; it turns my nasty tap water into tasty refreshment with zero total dissolved solids. It's almost totally eliminated my use of single-use bottles.

Bottom line: Be flexible because more and more single-use bottle bans are on the way.