Every time I've turned on a TV news channel in Europe during the last two weeks, I've seen a Finnair spot that is part of its 6 974 073 reasons campaign. Some tug at the heart while others are bizarre and indulgent. None particularly make me want to fly Finnair, though.

And then there is this truly curious Finnair spot. I'll wait while you watch it. What makes it curious? The version I've seen repeatedly on European TV is identical, shot-for-shot--except that it features an Asian couple. That version does not appear on the Web and it creeps me out that an airline decides it needs to shoot ethnic versions of ads. What happened to love being blind? I also refuse to believe two women own that sweatshirt or that two men are dumb enough to propose by kneeling in the snow.

I'd like to agree with a column I wrote more than two years ago. I keep forgetting how absolutely awful flying through Paris/CDG as a hub can be. The walks are atrociously long, the signage iffy--and the annoying secondary security check even though you've never left a sterile area is despicable. Besides, the domestic Air France lounges are tired and overcrowded and the staff is obsessed with showing you every one of the 6 974 093 ways you can gain entry with your boarding pass.

By the way, the new "simplified" (cough, cough, cheaper) business class meal service implemented by Air France and KLM is notably bad. I don't even care about in-flight food, but you can't help but be slapped upside the head by the chintzy, coach-like trayed service and the indifferent menu items. In fairness, however, the wines and Champagne were okay. 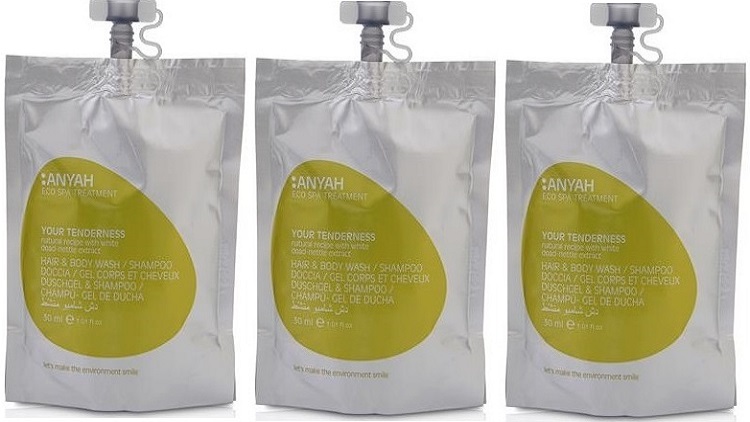 The hotel industry's war on single-use plastic bottles continues. I found these pouches in my hotel bathroom this week. They claim to be much more environmentally friendly.

I'll write more about the existential ickiness of Marriott's newish Moxy Hotel chain--Who asked for folding furniture hung on walls and bathroom sinks in the entrance hallway?--but this does require special notice: A Moxy has opened on East 11th Street between Third and Fourth Avenues in Manhattan. Marriott describes it thusly: The Moxy "embrac[ces] the rebellious spirit of the historic, vibrant neighborhood where American counterculture was born." I admit it was long ago and many illicit chemicals were involved, but I am pretty sure the American counterculture was not about the Moxy luggage jack that Marriott claims doubles as your desk chair.

I caught up in Rome with the not-yet-30-year-old designer of these new JoeSentMe pages. After dissing the mini-mouse tethered to my laptop, this all-Apple-all-the-time person dropped a bombshell: She's tired of paying ransom to Apple for everything from overpriced Macs to insanely overpriced iPhones. The revolution is coming, people.

By the way, who told chief executives that Steve Jobs style--black T-shirts, jeans and overpriced kicks--was the new C-suite standard? I mean, no one is more casual about casualwear than yours truly, but not every CEO--or any CEO--should be prowling the stage dressed like a mini-Jobs.

A combination of factors--airports want a cut of "profits" while charging banks high rents, too--is driving bank-supported ATMs out of airports. In their place? Rip-off devices from companies such as Euronet. The Kansas-based company is a master of fleecing flyers. Not only does it charge high fees to access cash, the company also tries to trick travelers into outrageously bad dynamic currency conversions. If you must use a Euronet machine at an international airport, decline the currency conversion. That will save you some dough.

I would pay good money for a laptop that eliminates the external power brick. Nothing weighs down my carry-on bag--and yours--more than a big, honking power adapter. 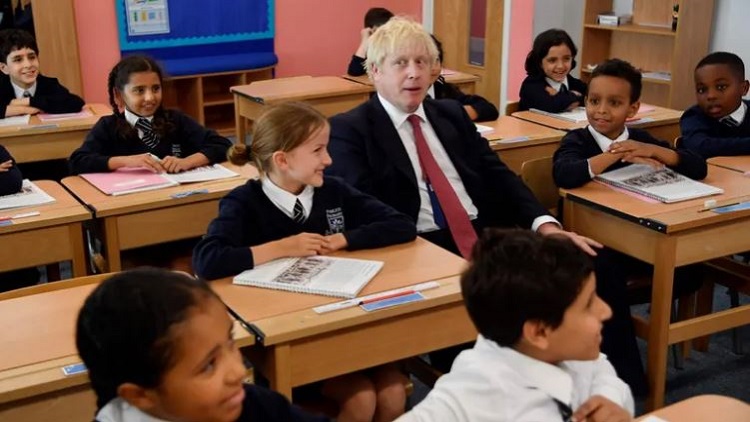 Speaking of big, honking things, check out this photo of Boris Johnson, the prime minister of the United Kingdom. It seems to be prima facie proof that Johnson is actually Bart Simpson, He changed names, changed countries, grew up, got fat and never got out of the fourth grade.

I'm convinced a crash-out/no-deal Brexit is now inevitable since Johnson seems willing to break laws, pervert Parliamentary rules and subvert Britain's constitution (unwritten as it may be) to get his way. The politics is beyond most of our pay grades, but a no-deal Brexit will not be good for travelers. It will add another layer of bureaucracy as we transit between the United Kingdom and continental Europe. That means London/Heathrow becomes an even less attractive transit hub. It'll also gum up the works of Eurostar trains between England, France, Belgium and the Netherlands.

David Neeleman is a smart guy. Despite what he says, there's no way his new airline will launch next year. It's also unlikely he'll eventually start the carrier with a fleet of older regional jets cast off from his Azul Brazilian airline. But, hey, sometimes even visionaries get out over their metaphoric skis, so pay careful attention to this in the months ahead.

Emirates Airline has unbundled some business class fares, stripping its cheapest business rates of limousine transfers and lounge access. This will not become a global standard. Notice a decade has passed and almost no other carriers have matched British Airways' detestable policy of charging for seat selection on discounted business class. Besides, very few airlines offer the perks that Emirates is stripping out. Not many bundle limo rides with their fares and almost no airport lounges are as costly to operate (and lavish to lounge in) as the Emirates clubs.

Look, that American Airlines mechanic who fiddled with a plane to keep it from flying did a terrible thing. But he's not a terrorist, as the government implied today at his bail hearing. That's the kind of prosecutorial embellishment that really reflects badly on law enforcement.

Of course, Doug Parker is running American Airlines into the ground and that's the kind of executive incompetence that really reflects badly on airline management. You know, if anyone took an airline manager seriously.