The Travel Industry's New Loyalty Offer: Nothing
THURSDAY, OCTOBER 17, 2019 -- Funny thing happened to me on the way to Brexit. I was again reminded that travel loyalty is a one-way street. And once again reminded that the travel industry thinks we're Fredos who can be led around by the nose--and the points and miles.

Permit me to backtrack for a moment. Despite my historic disinterest in InterContinental Hotel Group properties, I was not immune to its now-expired 125,000-point acquisition bonus to take an IHG/Chase card. I grabbed it, scored the acquisition bonus--and that led me to IHG's stair-step, mass-customized Accelerate fourth-quarter promotion. In my case, a couple of easy steps would yield 40,000 additional points.

Since I was headed to the United Kingdom to cover Brexit, I figured, hey, if not in IHG's home country, when would I ever book InterContinental brands?

So last weekend I decided to map out IHG stays to cover Brexit and score my bonus in the coming weeks. Start with a little Manchester, some Liverpool, dash of London, maybe Wales, bit of Scotland, then a quick hop somewhere across the English Channel to see how customs and immigrations were holding up as Britain and the European Union went their separate ways on October 31. 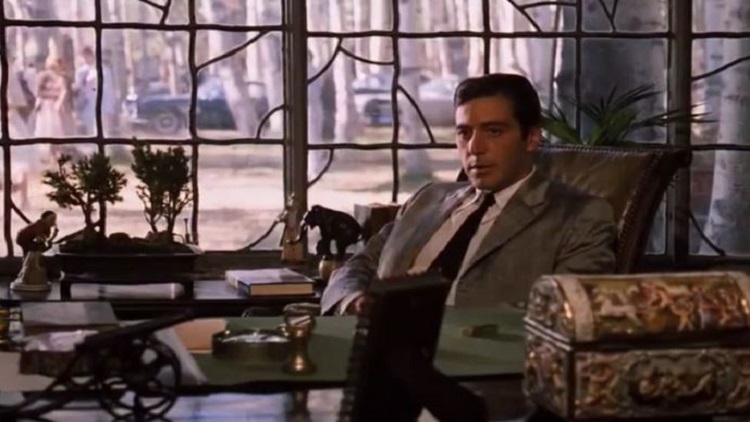 The problems started right away in Manchester. Nothing IHG offered--a mix of middling Holiday Inn Express properties, well-enough-regarded Staybridge Suites and Hotel Indigo outposts and dicey-sounding Crowne Plazas and Holiday Inns--seemed quite right. The nightly rate was wrong or the location too distant or the property too odd.

Almost by accident, though, I stumbled upon a pair of nearly new branches of AC by Marriott, a slick, pseudo-full-service chain that Marriott is building on the bones of a Spanish operation it purchased. The locations were great, the prices were right (cheaper even than some of the tired Holiday Inn Express outlets in less fortuitous areas of Manchester) and I'd have even more fodder for my long-overdue column reviewing new hotel brands.

Before I booked the ACs, however, I tried to recall the fourth-quarter promotion being offered by Marriott Bonvoy. Then it hit me: There wasn't one. Strange, I thought, why is Marriott sitting out the fourth quarter when Hilton, InterContinental and even Hyatt have 4Q offers? Still, I booked the AC properties because they were the right ones for me to book. Promotions be damned.

Then, as if by magic, a Marriott promotion dropped on Tuesday. The so-called Unlock More offer was interesting in that it was doing an impression of Michael Corleone in Godfather Part II. As Michael told told Senator Geary, the offer was nothing.

Marriott, in fact, may make you a Bonvoy offer you can't refuse. Or it could be a horse's head in your bed. (Yeah, I know, those were from the original Godfather movie.) Or, like Michael dissing Sen. Geary in Godfather II, Marriott's offer could be nothing. We might even have to pay the fee for the gaming license.

This really pisses me off. This isn't greed. I mean, it's not like my business is in play. I've already locked in the AC hotels. I've booked my beds and am prepared to sleep in them, with or without horse heads.

But, damn, Marriott must think we're total fools. Who in their right mind is going to give Marriott two stays before finding out their promotional offer? I mean, that is not how this is supposed to work.

As usual, my Marriott sources were alternately befuddled and mum. One suggested Marriott was simply trying something new after a mind-numbing procession of uninspired quarterly Megabonus promotions. One insisted this would backfire because the unlocked promo offers--once revealed--will disappoint Bonvoy players. Others just gave a metaphorical shrug of their shoulders and said they had no idea what anyone in "loyalty marketing" was thinking.

But we know what Marriott was thinking. It's bad enough that the airlines and hotels have turned their loyalty programs into one-way streets where we're expected to pay homage to them and they respond like Lucy pulling the football away from Charlie Brown. Now they are sending an old Sicilian message that they believe our intelligence sleeps with the fishes.

Someone at Marriott really thinks we'll rush to stay at their properties--twice!-- just to see what we might earn when they deign to tell us the promotional hurdle we'll have to leap over.

This has, as Lorenz Hart once wrote, the faint aroma of performing seals. The double-crossing of those pair of heels, the airline and hotels, really is despicable. They don't even hide their intentions anymore. They think we're all Fredos.

As if this wasn't enough, consider the other changes to loyalty programs in the last week:

Southwest Airlines quietly increased the price of its Companion Pass next year to 125,000 points. That's 15,000 points more than in recent years. It is all the more troublesome given how Rapid Rewards points otherwise have been devalued and how many fewer methods Southwest now permits to count toward earning a Companion Pass.

United Airlines switched its elite levels to a revenue-based qualification system from a mileage-based model and, of course, United built in a devaluation. Reaching 1K status--virtually the only level that matters anymore--will cost you at least $18,000 in hard-dollar United purchases. It could cost you $24,000. The Rube Goldberg-like video United produced to "explain" the changes (and gloss over the devaluation) is almost as offensive as the Marriott Bonvoy offer of nothing, not even the application fee.

I have no new observations to make here at the literal and physical bottom line. Only the conclusion I've reached constantly in the last four or five years: Travel loyalty is dead. Stop playing their games by their rules. Smash and grab the credit card promotions when they serve you, then buy the airline and hotel perks you need as you need them.

Don't be Fredo. You can handle things. You really are smart. Not dumb, not like the travel industry says.