Divas on DVD:
Performances
SUNDAY, MARCH 8, 2020 -- What is it about divas that so rivets our attention?

We know names like Sarah Bernhardt and Josephine Baker. We see shows about Billie Holiday and watch Diana Ross play Lady Day. Then a Ross doppelganger is one of the central divas in Dreamgirls. They write hit songs about Bette Davis' eyes. Aretha drops her fur coat and the crowd goes wild. Judy Garland gets movies made about her. Her daughter, Liza Minnelli, becomes a Bizarro Diva. And, you know, Beyonce and Streisand, Patti LaBelle and Julia Roberts, Kate and Audrey Hepburn, Streep and Dietrich. Even Garbo, a diva who wanted to be left alone is still a diva.

I have no answers for our diva infatuation, but I do have some thoughts about flicks featuring their work. And now that we have some downtime to catch up with things that aren't flying and business travel, maybe you'd like to feed your obsession, too.

HER NAME IS BARBRA. SHE USED TO SING.
Barbra Streisand became an American popular-music diva playing Franny Brice, a Broadway diva. And in the decades to follow Streisand remained a diva--aloof and encased in amber--at the instant her talent and creative chops would have led her to collaborate with other great musicians and experiment with her miraculous voice and meticulous phrasing. Think hard: What was the last mainstream Streisand album you really enjoyed and listened to just for pleasure? If you said 1973's Barbra Streisand ... and Other Musical Instruments, then you'll be thrilled to know that her groundbreaking television specials were collected and released in a DVD box set.

The five one-hour shows, beginning with 1965's My Name Is Barbra and 1966's Color Me Barbra and culminating with Other Musical Instruments, won Emmys and reworked the format of TV musical specials. Mostly, though, they reveal Streisand the entertainer. The fourth DVD, the one-hour 1968 TV version of 1967's landmark concert, Barbra Streisand: A Happening in Central Park, may be the last live date that was more about the music than Streisand herself. These five hours are occasionally dated--My Name is Barbra is filmed in black and white and 1967's Belle of 14th Street is downright creaky--but they showcase a formidable young singer and a remarkable talent.

At 77, Streisand is a force of nature: actor, director, filmmaker, activist, icon and probably anything else that she ever wanted to be. But the DVDs remind you when Streisand was simply a great performer. The box set is hard to find, by the way, and surprisingly out of print. The specials occasionally pop up on PBS, had a brief life on Netflix and come and go on the streaming services as often as Streisand's interest in performing live.

MAKE A LUNCH OF THE LADY WHO LUNCHED 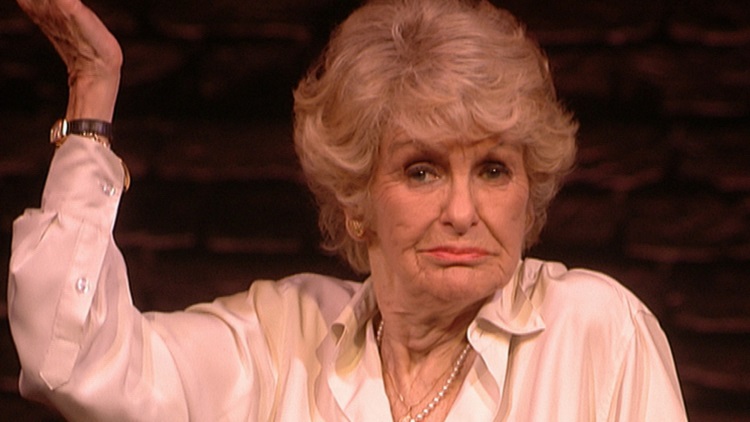 Just six weeks after 9/11, Broadway diva Elaine Stritch tiptoed into New York with a one-woman show and promptly turned her remarkable life into the metaphor for survival that a wrecked city so desperately needed. The show was brilliantly funny, crushingly sad and giddily awash in Broadway banter and booze. Stritch sang her Sondheim standards (including "I'm Still Here" and, of course, "The Ladies Who Lunch," the magnum opus from Company). She told amazing stories about Merman and Brando and Burton. She sang Noël Coward, including his side-splitting "Why Do the Wrong People Travel?" She considered lost loves and the untimely loss of the love of her life. And she celebrated her own--and New York's--indestructibility.

Nearly 20 years later, the two-disc CD transcription of the show, Elaine Stritch at Liberty, stands on its own. The 30 tracks, recorded live in January, 2002, are buttressed with great liner notes by the show's "writer," John C. Lahr, and fabulous photos of Stritch over the years. The video of the show, which runs 146 minutes, is also fabulous. Unlike traditional musicals, which suffer in video releases because the camera decides what you see, there's only one thing to see in Elaine Stritch at Liberty: Stritch herself. She remained the center of attention in any room she worked--she even had a very-late-career triumph as a character on 30 Rock--almost to the moment of her death in 2014.

LIZA WITH A Z: TRY AUDIO WITHOUT VIDEO
Liza With a Z, Liza Minnelli's 1972 landmark "concert for television," took nearly 35 years to surface in video form. It's widely available now for purchase or rent, of course. But it's impossible to approach the venture with anything like equanimity because the train wreck that is Minnelli's life and career--she is "crazy with a Z," The New York Times noted--colors everything that went before.

The video might have been better left in the vault. Choreographed and directed by Bob Fosse, the one-time-only show captures Minnelli at 26, at the height of her and Fosse's Cabaret fame. But even then she was beginning to look like a Liza Minnelli impersonator. She arrives in an ill-fitting white suit--needless to say, Travolta wore it better years later in Saturday Night Fever--moves on to an awful, red-sequined micro-miniskirt and then several other garish Halston costumes. A never-ending line of Fosse dancers, flaunting bowler hats and flailing white-gloved jazz hands, doesn't help, either. Dated references--one song mentions TWA, Yugoslavia and "a friend at Chase Manhattan" --abound.

But here's the, ahem, crazy thing: Liza With a Z is more compelling as an audio-only concert and the hit album spawned by the show is readily available. Minnelli could never sing as well as her mother, Judy Garland, but the soundtrack showcases her energy and brio and you are not distracted by the visual debris. Besides a Cabaret medley, she does a more than credible version of "God Bless the Child." The 10 other tunes are fine, too. My advice? Catch up with one of the video transmissions of Liza With a Z. Then purchase the album, run it through some headphones and enjoy the audio show.

THE DIVA THAT WASN'T
No one ever called Alida Valli, often billed only as Valli, a diva. That's astonishing since she starred in two of the most famous and influential films of all time and that she was considered, after Garbo, the most beautiful woman in the world by both Mussolini and David O. Selznick.

Can't place the name or face? Think The Third Man and the woman who couldn't help but love the corrupt, contemptible Harry Lyme (Orson Welles). Think of zither music and the haunting final shot as she walks up to and past Holly Martins (Joseph Cotten) and then out of the frame. Now you've got her! The glorious Alida Valli!

She doesn't get as much credit as Welles and Cotten, who have the best lines, but it is helpless, hopeless but unbowed Valli who gives The Third Man a human dimension and makes it a chilling sketch of daily life in post-war Vienna. The 1949 film is justifiably considered the finest British film ever made.

Just four years later, Alida Valli starred in Senso, Luchino Visconti's post-Italian neorealist masterpiece. In some ways, Senso is the polar opposite of The Third Man. It's filmed in Technicolor, set in privileged Venice and takes place during a war (in 1866, while Italy fights for freedom from Austria). Valli's spoiled countess in Senso may also seem like the polar opposite of her Czech immigrant in The Third Man, but she is again besotted with a corrupt, contemptible man (Farley Granger). It again makes her helpless and hopeless, but again she emerges unbowed. The Italian-language Senso is tricky to find--it goes in and out of print with ridiculous regularity--but you must see it. Not just because it is Visconti's greatest work, but because it will remind you of Alida Valli's mesmerizing beauty and riveting talent. She was a diva, we just didn't call her that.