A Jazz Sampler:
Music For Adults
TUESDAY, MARCH 17, 2020 -- I was raised on rock and roll and became a chronological adult just as Joni Mitchell explained what it was like to be raised on robbery.

Jazz came later. And I remember exactly when: an afternoon playing hooky from New York University at a place called J&R near City Hall and the Brooklyn Bridge. I was flipping through the records and something extraordinary came on through the speakers. It was Billie Holiday and I was gone. It's not that I gave up on rock and roll, but it simply stopped mattering as much.

Sadly, too many people of my generation--the generation of the Beatles, the Beach Boys and various Tops, Temptations and Supremes--never managed to cross the bridge to jazz. If you're one of those people, may I suggest these as a sampler? Some of the names you might not even recognize. But what do you have to lose? You got time on your hands. There's no flight to get to, precious few meetings and not nearly enough business.

Try one or all of these. I promise they're a gateway drug. (You remember gateway drugs, right?) 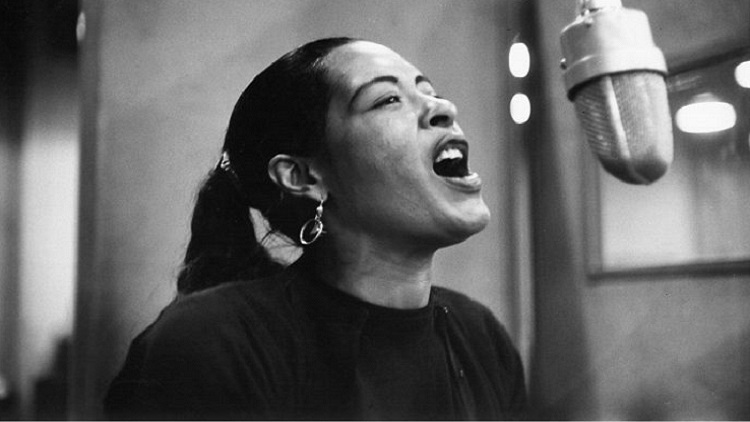 LADY (DAY) IN SATIN
One of the greatest jazz-vocal albums ever produced, 1958's Lady in Satin is from Billie Holiday, the finest female vocalist America ever produced. Her troubled life was almost over when she recorded this; her voice wasn't what it was, either. But that's what makes the album so moving and so irresistible. She is a consummate artist pushing her ragged instrument to its limits against Ray Ellis' almost too-lush arrangements. The 12 tracks are gems and the emotion washes over you, partially because Holiday's voice seems to float apart from the band. "I'll Be Around" is simply heartbreaking. It's a brutal sort of hope-against-hope song anyway and Holiday's fragility reminds you that she wasn't around long after this. "You've Changed" is terribly sad for the same reason. The no-degrees-of-separation backstory? Frank Sinatra idolized Holiday and he patterned his singing style after hers. But when Holiday heard Sinatra's In the Wee Small Hours, his epic 1955 concept album recorded with a big orchestra and Nelson Riddle arrangements, she ditched her small-group sound and opted for something like Wee Small Hours.

BEFORE BOBBY SHORT, THERE WAS HUGH SHANNON
The death of Café Carlyle icon Bobby Short in 2005 led many to eulogize the death of sophisticated supper-club jazz. But what you didn't read it in the profuse obituaries and appreciations was that Short only got to play the Café Carlyle because the house act, Hugh Shannon, was on vacation one season in 1968. Short never left the Carlyle, of course, yet it never bothered Shannon, a happy wanderer with a devoted following in the Hamptons, Paris, Capri, the Virgin Islands and London. Shannon was known as the quintessential saloon singer, but he started as a piano player and only began singing because Billie Holiday encouraged him. "Man, you don't sound like anybody. You gotta sing!" she famously told him at a party for Duke Ellington. Shannon fancied himself a white Dooley Wilson and once tried to convince Broadway impresario David Merrick to produce Casablanca on Broadway with an all-black cast so he could play the white piano player. He was one of those artists whose best shows started after midnight, when a few drinks and a few smokes had limbered up both the musician and the audience. One such performance--a 1986 gig from one of his rare returns to New York--is on a DVD called Hugh Shannon: Saloon Singer. It features 22 glorious songs, including "I Can't Get Started," "Down in the Depths (of the 90th Floor)" and "Baltimore Oriole." A two-CD set of the same name offers 36 tracks that showcase his uncanny ability to sing anything, play anything and make everything a sophisticated hoot.

ONE NIGHT IN THE SNOW IN PROVIDENCE
Seminal musical moments are sometimes a matter of kismet. Seminal moments in live jazz that make it to CD are sometimes a matter of blind luck. And so it was that Havin' a Good Time! first arrived in our midst more than 30 years after the night that Ben Webster and Joe Williams performed together live. In case you haven't heard about this astonishing 12-track disc, here's the remarkable tale: In February, 1964, legendary vocalist Williams and a small combo arrive in Providence, Rhode Island, for a gig at Pio's jazz club. Halfway through the engagement, Providence is buried by a blizzard, but Williams and his group go to the club anyway. When they arrive, they find sax giant Ben Webster. He has arrived unannounced and wants to sit in. Best of all, someone tapes the show. The tape is given to Williams, who puts it in a closet. There it stayed, forgotten and unnoticed, until Williams' widow rediscovered it after his death in 1999. Now the show, digitally remastered and sounding as fresh as springtime, is available for all of us to cherish.

THE TRANSPORTING POWER OF JAZZ
The transporting power of fabulous jazz is never more apparent than on Marian McPartland's Hickory House Trio Reprise. Slip this into a music player, pop on headphones and you instantly feel as if you're ensconced in a spectacular jazz club with no worries about Coronavirus or social separation. No matter where you really may be, you're in the moment, "seeing" and hearing McPartland, then an octogenarian piano enchantress, and her disciplined old comrades (Joe Morello on drums and Bill Crow on bass). The album is a live recording of a 1998 session at New York's Birdland, which reunited McPartland's 1950s crew, who played to raves at the Hickory House, one of Manhattan's legendary jazz venues. But it's so more than that. The music, 13 carefully edited small-group jazz standards such as "Street of Dreams," "Last Night When We Were Young" and a haunting "I Thought About You," uses the same arrangements as in the Hickory House days. It is lovingly, emotionally, exquisitely played, cleanly recorded and, as I say, utterly transporting. If you care about classic jazz, this is the ultimate antidote for a bad flight, a crummy hotel room--or a global pandemic.