Binge With Brancatelli: Five
Long-Form TV Shows I Love
SUNDAY, APRIL 26, 2020 -- Without shame, I tell you that I am a huge consumer of television. It's on around-the-clock in my office when I'm there. Flipping on the tube is the first thing I do when I check into a hotel room.

Obviously, much of what I watch is news. And a lot of the time the TV is white noise, a replacement for the ringing of telephones. clanking of typewriters and cross-chatter of the newsrooms where I cut my creative teeth. But I do also love the deep dives. If I come across a show I like, I binge it and watch all the episodes I missed. Then I watch them again. And again. I consume it all.

Lucky for you, this omnivore mentality is really useful now. I know where all the good stuff--and far too much of the bad stuff--is buried. Let me tip you to five shows you should consider screening now that you have so much time to bask in television's warm, glowing, warming glow.

BEFORE EVERYTHING, THERE WERE THE FABULOUS FORSYTES 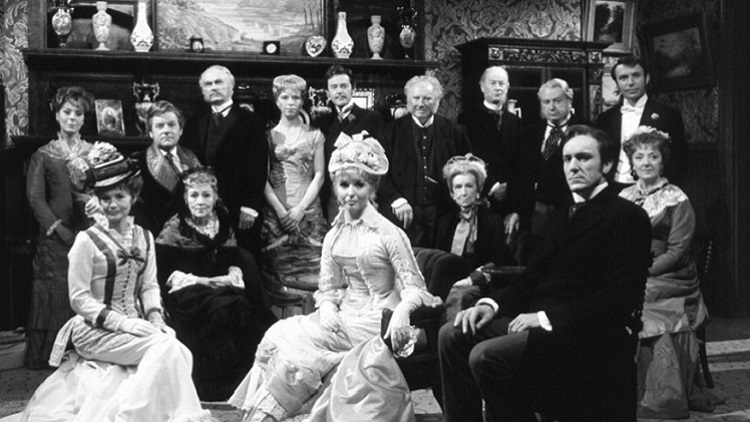 Before there was a Downton Abbey, there was The Forsyte Saga, the BBC's 1967 adaptation of John Galsworthy's sprawling novels that detail the lives, loves and scandals of an upper-class English family from the Victorian era to the mid-1920s. In fact, The Forsyte Saga was before everything. Its 1969 U.S. airing predates PBS' Masterpiece Theater and convinced the network to import more British fare. Think Breaking Bad was the first TV drama to have its own after-show? Nope. The BBC did an after-Forsytes program that pitted supporters of the serial's antagonistic protagonists against each other. Think the concept "appointment television" was invented by American networks? Nope. British pubs shut down early on Sunday nights in 1968 so patrons could go home and watch The Forsyte Saga rebroadcasts. I could go on, but you get the point. The 26-episode, black-and-white serial overflows with talent (Eric Porter, Susan Hampshire, Michael York, Kenneth More and many more) and is brilliantly binge-worthy. If you want to be transported out of the life you're living now, this is the show to do it. One warning: Make sure you get the original 1967 show and not the appalling 1949 Hollywood movie featuring Walter Pidgeon or the turgid 2002 BBC remake starring Damian Lewis.

WAR WITHOUT END THANKS TO THE WAR TO END ALL WARS
Why is World War I more than trivia 106 years after it began? Because the war was never finished and we're living--and dying--with its bloody consequences today. Unrest in the Balkans was the immediate cause of and is still the European loose end of the Great War. And all of the chaos in the Middle East is a direct result of the criminally inept political carve-up of the region after the fall of the Ottoman Empire. If you crave a better understanding of the troubles of today's world--even the 1918 flu pandemic--gobble up 2003's The First World War. Based on the brilliant and exhaustive scholarship of Hew Strachan, who may now be the definitive authority on World War I, the 10-part, 8.5-hour series is absorbing, endlessly revelatory and, dare I say it, cracking good entertainment. The strength of this documentary is neither its reams of archival footage nor its extensive use of primary source material. It is Strachan's approach, which eschews a blinkered concentration on the Western Front and focuses instead on the war's global geopolitical machinations.

A MOTHER AND CHILD REUNION
I'm a contrarian on The Sopranos since I think only the first two years (1999-2000) are truly brilliant. That is when creator David Chase focused on the relationship between Tony Soprano and his warped and hateful mother. After that part of the tale was done--the actress Nancy Marchand died and, with her, the Livia character she played--The Sopranos fell into a gory and repetitive familiarity. It stops being fun when you realize the secret at the show's dark heart: Everyone lies to everyone--and to themselves--and everyone does it all the time. And when you always know the punch line--a Soprano will always end up doing the heinous and awful thing and then rationalize it later--what fun is watching the strings being pulled? More to the point: Why live--even for an hour at a time--in a world where there are no good guys and no redemption? But, oh, those first two seasons are 26 supremely binge-worthy episodes.

A JEWEL IN ANYONE'S CROWN, BUT NOT ON DVD
I've just finished another viewing of The Jewel in the Crown, the glorious 15-episode miniseries lovingly culled from Paul Scott's stupendous Raj Quartet novels. Thirty-six years after it was created by Britain's Granada TV and later shown on PBS in America, the series remains a marvel: lushly photographed on location throughout India, wonderfully acted by famous British faces (Peggy Ashcroft, Geraldine James, Judy Parfitt, Eric Porter, Tim Piggott-Smith) and perfectly evocative of the last days of British suzerainty over the vast Indian subcontinent. I cannot think of a more diverting or engaging 13 hours of film to get you through a stay-at-home order. One caveat: Stream this because the DVD version is atrocious, with alternately muddy or washed-out images and dreadfully muffled sound.

HE WON'T BE PUSHED, FILED, STAMPED, BRIEFED, DEBRIEFED OR NUMBERED 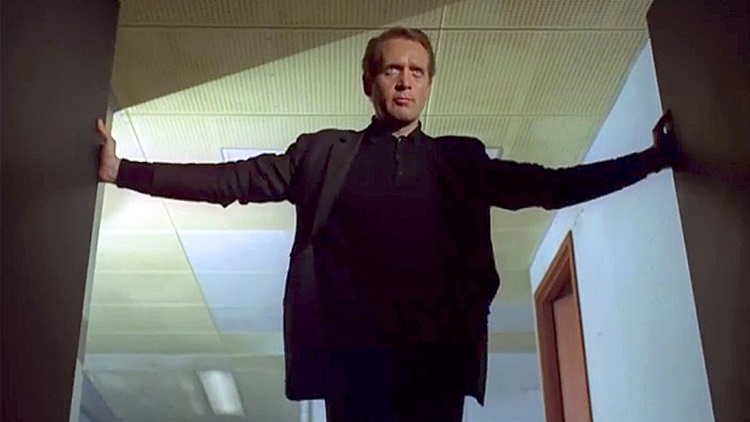 Why screen a 53-year-old science-fiction series loosely built on a barely remembered 1960s spy show? Simple. Patrick McGoohan's The Prisoner was startlingly original and demanded that you pay attention to a long list of social, political and cultural concerns. It was witty, clever and justifiably paranoid in its view of then-contemporary society. And do you know what? Each moment is relevant today. The show is literally timeless; only the female hairstyles have aged. The 10-DVD set of the 17 broadcast episodes includes a useful alternate version of the show's pilot. Otherwise, stream 'em and then recapture the brilliance by watching one or more of the many documentaries about the show. Want my opinion on the show's key points? It doesn't matter whether No. 6 is John Drake, the spy that McGoohan played on his earlier show, Danger Man, which aired here as Secret Agent. No. 1 is the evil person lurking inside each of us. And McGoohan did not have set answers you were meant to divine. He was just asking questions and hoping to provoke debate. One red flag: The Prisoner was eventually remade--"reimagined," according to the creators--a decade ago. It is flaccid and forgettable.

A note to readers: I didn't link to a specific source to buy because I don't know how you consume media these days. I still buy DVDs. But maybe you stream or view on YouTube. Doesn't matter. All the shows mentioned above are widely available via most delivery systems.