What's New?
Rocking Standards
SUNDAY, MAY 10, 2020 -- Great music asks the important questions: Why must I be a teenager in love? How deep is the ocean? Wouldn't it be nice? Do you really want to hurt me? Does anyone really know what time it is? And, of course, the existential Who let the dogs out?

But there is one question that I wish music--and Linda Ronstadt specifically--had never asked. Her 1983 album of standards from the Great American Songbook, What's New, not only lacked a question mark. It also lacked verve and spark and depth despite good intentions and yeoman work by iconic arranger Nelson Riddle.

What's New and its two successors--1984's Lush Life and 1986's For Sentimental Reasons--nevertheless electrified listeners who'd literally been raised on rock and roll. They knew nothing of Richard Rodgers and Lorenz Hart, Hoagy Carmichael, Johnny Mercer or Irving Berlin, who wrote the first chapters of America's songbook. They knew nothing of jazz, of standards, of Riddle. They did think what Ronstadt offered was new and they bought millions of copies.

Financial success naturally bred imitators. Although Ronstadt wasn't the first rock diva to cover the standards, her chart success opened the door to a flood of imitators. And those copies were even less creatively successful than Ronstadt's records. We've suffered through five atrocious albums by Rod Stewart and, most recently, five discs from Bob Dylan that are stunning failures.

Because I love the American Songbook and was raised on rock and roll myself, I've spent many hours sifting through the stack of rockers singing standards. I wish I had better news to report, but there's precious little gold here.

TEARS OF A FAN: WHEN SMOKEY'S NOT SMOKEY
I'm one of those people who always said that I'd listen to Smokey Robinson sing the phone book. After all, his voice is one of the most enduring and appealing instruments of the rock era and he had the extra advantages of being a fine producer and slick songwriter. So why is Timeless Love, his 13-track crack at singing the American Songbook, a failure? For starters, he is too reverent. Robinson treats classics such as "You Go to My Head," "I've Got You Under My Skin," Night and Day" and "Our Love Is Here To Stay" as if they're incapable of supporting anything but a straight-ahead, literal reading. What good is Smokey singing classics if he won't give them the Smokey treatment? Then there are the arrangements, which aren't so much dreadful as off-the-shelf, lounge-act generic. Robinson also picked a few chestnuts--"Tea for Two" and "I Can't Give You Anything But Love" to name two--that have not aged well. So if Smokey isn't Smokey and he's saddled himself with dreary arrangements and he's singing a few clunkers, well, it suddenly does sound as if Robinson is singing the phone book. Only one track--"Time After Time," the canny medley of the Sammy Cahn/Jule Styne and Cyndi Lauper/Rob Hyman tunes of the same name--that shows any real spark of originality. Sadly, Smokey has no one to blame but himself: He produced the album, too.

ROD STEWART REPEATEDLY CROAKS THE STANDARDS
Don't say I didn't warn you. Back in 2002, I opined that supporting the initial Rod Stewart album of standards would lead to disaster. Stewart's It Had to Be You was bad. But people bought it anyway and Stewart released four more stinkers. There are those who believe that it is good for the genre whenever a rocker or hip-hop artist records a standard. I don't. Bad music is bad music and a bad recording of a standard is a bad recording. All five albums are awful. Not a decent track in the batch. Run. Run fast.

DYLAN'S STANDARDS ARE LITERALLY BLOOD ON THE TRACKS
If you read that 2002 review of that first album of Stewart standards, you notice I was holding out for a Dylan disc featuring "Wee Small Hours," in my head the greatest torch song ever written. I really think Dylan could nail it. But Dylan released five discs full of standards between 2015 and 2017 and not one was "Wee Small Hours." Worse, all five albums are dreary, flaccid affairs. He tries so hard to be a crooner that the material is lifeless. And Dylan, by the way, is no crooner. All three albums--one is a triple disc--are a hard pass. Listen to Blood on the Tracks instead and/or read Michael Perlin's appreciation of the early Dylan.

WHEN THE QUEEN SINGS THE STANDARDS 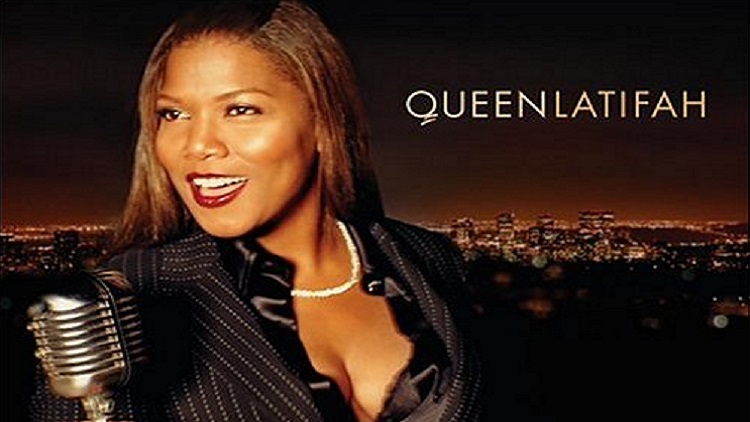 Given the bad track record of rockers doing standards, it's hard to have hope when a rapper dips into the songbook. But Queen Latifah long ago proved she's no one-trick pony and The Dana Owens Album proves that this is music she can do well. If these 12 tracks aren't compelling, there's no doubt she has the taste and the pipes to make this career turn work. She does a credible job on the notoriously difficult "Lush Life," could've had a minor hit with her cover of the 1963 Barbara Lewis classic, "Hello Stranger," and takes a thoughtful crack at everything from the Mamas and Papas to standards best identified with Nina Simone, Dinah Washington and Peggy Lee. Latifah's singing here is a bit timid--more than anything, she sounds like Natalie Cole--but she would have found her own sound as she became more familiar with the material. Unfortunately, she's never come back to the songbook and done precious little recording of any kind in the 15 years since this album was released. (By the way, Dana Owens is Queen Latifah's real name.)

THESE GIRLS ARE NOT HAVING FUN
Bette Midler and Cyndi Lauper are two of our most intriguing and independent female vocalists and musicians. So when they both veered off in the direction of the songbook at exactly the same moment in 2003, you couldn't help but be thrilled. Yet Bette Midler Sings the Rosemary Clooney Songbook is incredibly dull. And when did we ever think of Bette Midler as dull? Midler knows the standards and has been singing them for a long time--she covered "Am I Blue" on her 1972 debut album and "Skylark" and "In the Mood" on her second--but this 11-track effort is lifeless. Which is amazing since she covers both "Come-On-A My House" and "Mambo Italiano," Clooney novelties made for the outrageous Miss M. Inexplicably, Midler plays both straight and they fall flat as a pancake. As for Lauper's At Last, the 13 tracks are all over the music map--from "La Vie en Rose" and "My Baby Just Cares for Me" to "Unchained Melody" and "Walk on By." And Lauper seems uncertain as she sings her way around some odd, albeit interesting, arrangements of these very familiar tunes. The Lauper we love best really only emerges on "Makin' Whoopee," a wonderfully smirky duet with Tony Bennett. Despite some other good moments, At Last doesn't work and isn't particularly fun. And girls, Cyndi told us decades ago, are supposed to want to have fun.

BUT BEAUTIFUL ISN'T, BUT IT'S QUITE NICE
I don't think it's a shame to admit that I hadn't thought about Boz Scaggs since Silk Degrees, his 1976 hit album featuring the eternally ubiquitous "Lowdown." So when he pops out of nowhere--or so it seemed to me--with an album of standards called But Beautiful, I was naturally skeptical. Some of the skepticism is justified: This 10-track effort won't blow you away. It's not a revelation. And Scaggs' bluesy style is too well hidden in his respectful covers of popular classics such as "Bewitched, Bothered and Bewildered" and "Sophisticated Lady." But Scaggs is miles ahead of, say, Rod Stewart, when it comes to dealing with this material. He has a clue about how to sing this music and this is dignified, well-intentioned stuff.