The 'New' Old Neil Young
Gem at the End of a Ditch
SUNDAY, JUNE 21, 2020 -- Neil Young released a "new" album on Friday, but to appreciate the significance and provenance of Homegrown--and understand the quotes around "new"--we must consider a road not taken and detour into rock music's most creative and controversial ditch.

Almost from the moment he crossed the Canadian border in 1966 at the wheel of an old hearse, Young has been famous for crafting amazing melodies and wonderfully personal and provocative lyrics. One of his first bands, Buffalo Springfield, was instrumental in what became known as the California folk rock sound. He brought steel and substance and his name to Crosby, Stills and Nash. His initial solo albums are touchstones of the era.

He created riveting protest songs ("Southern Man") and stirring anti-war anthems ("Ohio"). He wrote glorious love songs ("Cinnamon Girl") and despairing ones ("Only Love Can Break Your Heart"). He created more statement moments than most of us remember. 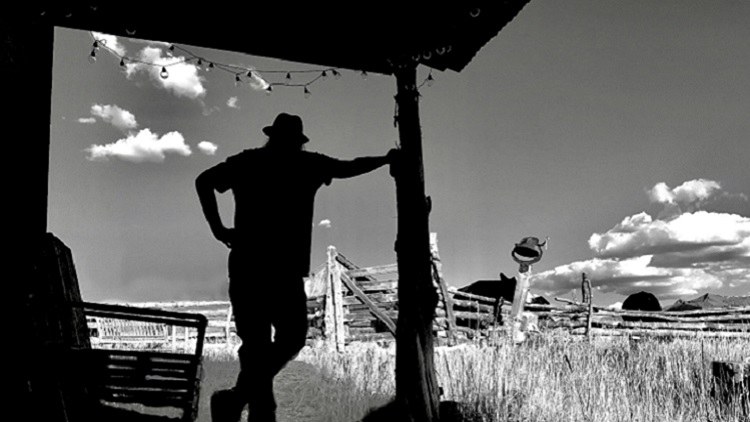 But fame never sat well with Young. One of his first great tunes--1967's relentless "Mr. Soul"--chronicles his distaste for the commercial side of music and his (literal) physical issues with it. So imagine his reaction when his fourth solo effort, 1972's iconic Harvest, shot him to global stardom.

Harvest was unavoidable in 1972. It was the best-selling album of the year and included a No.1 hit ("Heart of Gold") and a second chart performer ("Old Man"). There were pained drug laments ("The Needle and the Damage Done") and haunted love songs ("A Man Needs a Maid"). If you were somehow missing the studio grandeur of the just-disbanded Beatles, there was the London Symphony Orchestra and "There's a World."

"Heart of Gold" would have been a career-defining moment for most artists. The gentle, acoustic sound was perfect for the times. While never a great--or even particularly good--singer, Young's vocals were mellow and backed by James Taylor and Linda Ronstadt.

Listeners loved it and wanted more. Lots more. Young's record label, Reprise, wanted Young to give them more. But Young would have none of it. He wanted to make music, not stoke what his friend and fellow Canadian Joni Mitchell called "the star-making machinery."

Heart of Gold "put me in the middle of the road. Traveling there soon became a bore," he wrote in 1977. "I headed for the ditch. A rougher ride but I saw more interesting people there."

And into the ditch he went, a trench so deep and so musically impactful that his next three releases become known as The Ditch Trilogy.

The albums--1973's Time Fades Away, followed in release order by On the Beach (1974) and Tonight's the Night (1975)--were dark and morose. They were musically dissonant, harmonically risky and lyrically dire. They were brilliant, but they were not Harvest. They alienated the middle-of-the-road audience attracted by "Heart of Gold" and annoyed his record label. Time Fades Away even repelled Young, who despised it for a complex web of musical and personal issues.

As I wrote just a few months ago, I love Time Fades Away above anything else Neil Young has done. More importantly, I have lived in Young's ditch for more than 40 years. It's where I go emotionally and intellectually when things are rotten. The albums give you license to feel rotten--but not so rotten that there's no hope at all.

And later in life--Hey, I was barely 20 when Time Fades Away dropped!--I've come to admire the Ditch Trilogy because it was unbelievably brave.

Young looked at his life in the metaphoric reflection of "Heart of Gold" and said, "Nope, not going there." He didn't want fame or stardom, he wanted to be about the music. Against all convention, he threw the Ditch Trilogy out there as a musical challenge: Do not box me in. Do not judge me by Harvest. Do not assume you know what I can create. Just 27 when Harvest topped the music world, Young knew he was capable of so much more and he was not going to let the star-making machinery pigeonhole him.

Which is where Homegrown comes in. It turns out that while Young was bumping around the ditch, he was also studiously recording all sorts of other music. And Homegrown, withheld from the public until Friday, is the album of that music.

Recorded in 1974 and 1975, Homegrown was so close to being released that an album cover was even produced. At the last moment in 1975, Young chose to release--or forced the record company to release--Tonight's the Night, which had been ready since 1973. If Homegrown had actually made it to the public in 1975, there would never have been a Ditch Trilogy.

Which is not to say Homegrown is a happy album. It is not. After all, it mostly deals with the aftermath of Young's love affair with the actress Carrie Snodgress, his muse for Harvest. In fact, "Separate Ways," the first track on Homegrown, sounds like it could have been a Harvest track. The next, "Try," isn't quite as Harvest-adjacent, but it's close. Most of the other tunes on Homegrown are similarly painful, but much less dire than Young's work on the Ditch Trilogy albums.

And Homegrown is not without some fun. The title track and the contradictory "We Don't Smoke It No More" would have been hoots-and-a-half in 1975. And Homegrown was the original home of Love Is a Rose. It's not jolly, but it's bouncy and infectious and more about a lesson learned ("Love is a rose/but you better not pick it/lose your love/when you say the word mine") than romantic calamity. (Ironically, Ronstadt, who was Young's opening act during the disastrous live tour that spawned Time Fades Away, had 1975's middle-of-the-road hit with "Love Is a Rose.")

Young, who studies his music with remarkable detachment, says Homegrown is the musical bridge between Harvest and Comes A Time, a well-regarded, if cultish, 1978 release. But even Young doesn't know why Homegrown sat on the shelf for 45 years.

"I'm sorry," he wrote on NeilYoungArchives.com, his essential Web site. "Homegrown should have been there for you a couple of years after Harvest. It's the sad side of a love affair. So I kept it to myself ... but I should have shared it. It's actually beautiful."

I don't know about beautiful, but it is crucial if you care about Neil Young or music of the period. All but one of the songs eventually saw the light of day in one way or another, but Homegrown is their 45-years-delayed premier in their intended form.

Yet I can't for the life of me judge Homegrown. Not because it's not worthy, but because I do not know how to listen to it. I'm a senior citizen now. Is that how I should approach this long-lost gem? Or should I listen like a 25-year-old Neil Young fan would have listened in 1975?

But I'll adjust soon enough. I've cherished the ride from "Mr. Soul" to last year's Colorado. I've hummed and sung "Tonight's the Night" and "Don't Be Denied" often enough. I've gone from fan of "Old Man" to old man. Even 50 years later, I'm still on the watch for "tin soldiers and Nixon coming." And the Ditch will always be there when I need to retreat.

With enough homegrown--there must be some around here somewhere--I'll be able to figure out where Homegrown fits in my life.