We Might As Well Dance--or Talk About Testing and Masks
THURSDAY, JULY 23, 2020 -- Who's up for a column about mask lawsuits, forgotten government power plays about travel perks, the coming massacre of the airline employee masses and other equally bizarre things?

You're in luck cause that's what I got for you. Well, that and a really great song ...

NO TESTING, NO TRAVEL
You can believe there's a vaccine coming this year if you want. Or next year, which would also be a stretch. And even then we're at maybe 50 percent effectiveness. Plus, the world is now full of anti-vaxxers.

I've come to the conclusion that the future of travel is testing. Or, more bluntly: No testing, no travel. Rapid, on-site testing would allow us get on the road again because it minimizes the risk--and risk is killing business and leisure travel worldwide.

Now before you go blaming President Donald ("Testing is Overrated") Trump for our inability to get tests and get them back quickly, remember that the rest of the world isn't doing much better. With the addition of Copenhagen and Cologne/Bonn this week, I am aware of fewer than a dozen airport that offer fast, on-the-spot testing. Except for Iceland, quick visitor testing is not being generally offered by tourism-starved destinations. And that's just crazy. If you're Spain or Italy or Bali or [insert your favorite place here], you need tourists. And the way to get tourists back is to offer testing right at the airport on arrival.

Until airlines, tourist boards, airports and governments get serious about implementing fast, cheap, reliable, on-the-spot testing, all their hand-wringing about the lack of travel is just Coronavirus Kabuki. Testing would solve a lot of the travel industry's problems. The fact that they haven't even tried to do it tells you all you need to know about the brainpower of the travel industry. 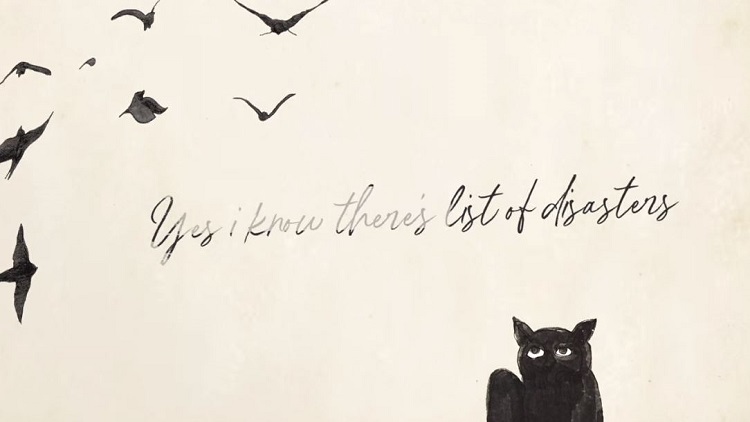 WE MIGHT AS WELL DANCE
Before we get back to more important things, may I slip-slide into JoeSentMe Entertains You mode for one moment? Allow me to present a perfect summer pandemic anthem. Recorded by the mind-boggling Madeleine Peyroux for Anthem, her 2018 album, "We Might as Well Dance" might as well have been written this week. The lyrics are eerily perfect in a good way. The melody is hauntingly wonderful in an equally good way. We have a long way to go with this thing. It's gonna be a hard slog. Cue up this baby whenever you're feeling down. I know it's picked me up this week. (Click the illustration to hear the song and see the lyrics.)

1-2-3
We're back to the real world now, so I 'm not referring to the old Len Barry tune or the later Gloria Estefan song or even the Sonia Reyes confection with 600 million views. I'm reminding you about October 1, October 2 and November 3.

In case you've forgotten, October 1 is when the airlines officially can begin layoffs after the expiration of the CARES Act funding that underwrote employee salaries. It'll be a bloodbath. I'm thinking half of the airline industry disappears. In fact, the massacre has already begun. The government this week said the 23 scheduled airlines already shed 18,000 full-time employees between mid-April and mid-May. Of the remaining 411,651, buyouts are already underway. Delta says 17,000 employees are going voluntarily. About the same number have accepted the chop at Southwest--and that's more than 25 percent of its workforce. More than 6,000 have taken a buyout at United. Numbers are murkier at American, but it has already begun 5,000 layoffs at the managerial level.

What's October 2? The date the Labor Department releases the last jobs number before the November 3 election. It's gonna be interesting. (By the way, several airline unions are already agitating for another payroll bailout when the CARES Act ends. Don't lend it much credence. There's not much appetite on either side of the aisle for another tranche of airline aid.)

GLOBAL ENTRY RESTORED FOR NEW YORKERS
Before Chad Wolf, the not-a-lawyer/not-a-military-man/not-a-law-enforcement-officer "acting" head of Homeland Security, sent untrained and unidentified "police" to Portland, he got into a fight with New York State over records access. He wanted anything and everything before he'd allow New Yorkers to keep getting Global Entry. New York State told him to shove it. Wolf responded by tossing New York residents out of Global Entry.

You probably don't even remember this since it happened in February, before the pandemic, which feels like a million years ago. I mention it now only because Wolf and New York came to a denouement today. New York State bent the tiniest bit and Wolf promised not to have his fake police baton New Yorkers trying to renew or apply for Global Entry. The self-serving details from Homeland Security are here. Of course, the statement conveniently omits the fact that Wolf and the boys had to admit in court that Homeland Security lied about most everything when it tried to punish New York travelers.

But let us give full credit for consistency to Wolf, a lobbyist before embarking on a career of Interior Ministry thuggery. Back in February he announced his attack on New York on Tucker Carlson's Fox News show. Today, he leaked the peace treaty to DailyCaller.com, a site Carlson founded and sold last month. (Late this evening, by the way, a Federal district judge issued a 14-day temporary restraining order against most of the activities of Wolf's unmarked, camo-clad force in Portland. Details are here.)

THE DEVIL IN THE DETAILS IN GEORGIA
The politicization of masks reached Ultimate 2020 in Georgia. Governor Brian Kemp doesn't want to issue a statewide mask mandate. He also insists no Georgia city can promulgate one. The mayors of Savannah, Augusta, Atlanta and several other cities ignored him. Kemp responded by suing Atlanta's mayor, Keisha Lance Bottoms. Not governor-to-mayor, mind you. He sued her personally. He even demanded a judge impose a gag order to forbid her from criticizing him. After two judges recused themselves, a third today told Bottoms and Kemp to mediate the dispute. Kemp says he's in favor of masks and Bottoms and her family have had Coronavirus. So, you know, good times.