That, of course, is my professional view as someone who covers, analyzes and writes about the airlines. I look at the pros and the cons--and the policies and strategies--and form a rational, defensible, explicable judgment about the value of forking over billions in federal dollars we don't have to a private industry that has shown no appreciation or financial restraint.

Screw that, though. This time it's personal. Allow me to explain why I am against another airline bailout even though it might be bad for my life and my life on the road.

In the early 1990s, my wife and I were living in a small, fifth-floor walk-up apartment in Manhattan and looking for something larger in the Hudson Valley. We found a ramshackle river house that needed a lot of work, but it also offered the kinds of vistas that made the Hudson River School so influential in American art.

My wife was sold almost immediately. I was more skeptical.

I've never been particularly handy and this place was crying out for a handy homeowner. Although the lot was only a half-acre, it was strung out along the Hudson and at the gateway to a charming, historic village. I knew we'd feel honor-bound to make the grounds pretty, make it worthy of the Hudson River School.

Most importantly, though, we were both frequent business flyers--I was even running a magazine called Frequent Flyer then--and this place was a lot farther from Kennedy, LaGuardia and Newark airports than our Manhattan apartment.

Still, there was one ray of hope: American Airlines recently had pioneered commercial flights from Stewart Airport, a then-as-now military base in New Windsor, New York. It was just 20 minutes from the home we were considering. American was bullish on the Hudson Valley and was running daily MD-80 series flights to its Dallas/Fort Worth, Chicago/O'Hare and Raleigh/Durham hubs. I'd heard rumors that other carriers--Delta, Northwest, TWA, United, US Air--were coming, too.

I remember sitting at the small table in our Manhattan walk-up and spreading out a route map. "Over ORD, we can get to Hawaii" (where her family lived), I told my wife. "If you switch from the Continental nonstop [from Newark], you can get to your client in Mexico City over DFW." Chicago was the home of OAG, then my Frequent Flyer paymaster. McDonnell Douglas "mad dog" jets were configured 2x3 in coach, a commodious ride if we couldn't get our American AAdvantage upgrades to first. We'd have decent connections to Asia if Northwest launched Detroit flights. We'd need to drive to Newark or JFK for Europe, but it was doable. 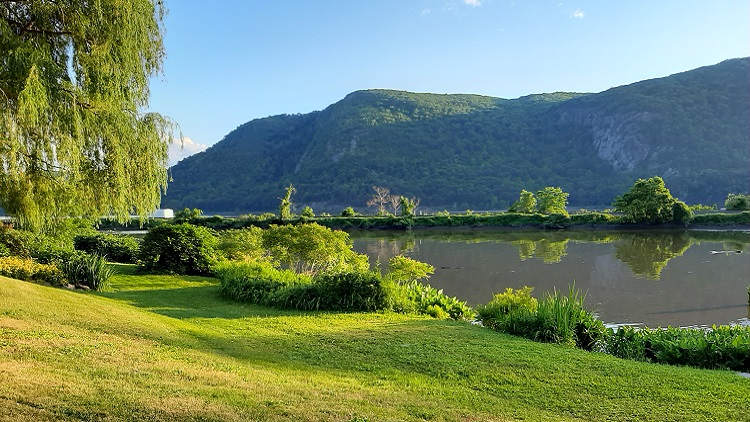 Do it we did. We've spent a ton on the house and the grounds. We now both work from customized home offices. The gardens have been featured on calendars and in magazine layouts. The Hudson Valley has grown rapidly.

Stewart Airport and American? Not so much. American took away their mad dogs and gave us Fokker 100s. Then it retired the Fokkers and stuck us with 50-seat RJs. Then it bailed on Stewart altogether, only "returning" via the merger with US Airways, which operated a nearly useless RJ route to its Philadelphia hub. TWA and Northwest came and went. United and Norwegian came and went. Delta and JetBlue came and are almost gone. (Their skeletal SWF routes are currently "suspended.")

My wife and I? For more than 25 years, we've mostly flown from Newark or JFK, each of which, in a bit of karmic irony, are exactly 64 miles from our driveway. Needless to say, we've been good customers of GroundLink, which, sadly, shuts down its black-car service at the end of the month.

I tell you all this because American Airlines today announced it was "temporarily" killing routes to 15 airports pending the federal government's voting a new bailout to replace the CARES Act, which ends on September 30. Stewart is one of the airports on American's chopping block. And I don't care. Again I say: Not a dollar. Not a dime. Not a penny.

I live where I live because of American Airlines. And now American is threatening to leave (again) if we don't hand it and other carriers billions more in bailout funds. Go. Don't let the cockpit door hit you on the corporate butt. Not a dollar more. Not a dime more. Not a penny more. There's no reason to give the carriers more taxpayer funds. The blackmail won't work. Or, at least, it shouldn't work.

Most of the other airports on American's hostage list are like Stewart: largely irrelevant outstations on the airline's--and America's--route map.

You think Connecticut flyers in New Haven, just 38 miles from Hartford, want to trade taxpayer funds for AA's crappy RJ flights? Fewer than 50 flyers a day use Del Rio, Texas. Just 63 passengers a day use Stillwater, Oklahoma. Fewer than 80 use Dubuque, Iowa. American Airlines is less than 1.5 percent of the traffic at Roswell, New Mexico. (Most other Roswell travelers use SkyWest or, I assume, their own flying saucers.)

And do not think American is the outlier here. It is first. It will not be the only. In the days and weeks ahead, Delta and United will try similar blackmail. Alaska and JetBlue and Southwest, too, probably. Give us billions more in bailouts or cities will lose service and tens of thousands of airline employees will lose their jobs. You owe it to yourself to reach into your pocketbook again and hand us your hard-earned dollars.

Bullshit. According to the TSA, exactly 586,718 people passed through airport checkpoints yesterday. That's just 25 percent of 2019's volume. In other words, three-quarters of airline traffic has disappeared. Given the state of the world--pandemic still raging, travel restrictions everywhere--there is little reason to think air service will be much in demand in the months and even years ahead.

Trust me, that's not gonna happen. And I sure don't want to fork over billions in taxpayer dollars on the odd chance that American Airlines will continue to fly its tinny, tiny RJs to Philadelphia from Stewart. If I want to fly anywhere via Philadelphia--and I do not--I can drive there as fast as it takes to drive to Stewart, deal with check-in and security, sit on the tarmac while the Tri-State airspace clears and the plane actually reaches Philadelphia.

But here at the bottom line, let's talk about the bottom line. When the CARES Act bailout runs out, the airlines are going to lay off (or buy out) perhaps 50 percent of their workforce. Hundreds of routes will disappear. Dozens of smaller cities will fall off the nation's route map. Stewart will be one of them. So will Del Rio, Texas, and Williamsport, Pennsylvania, and Kalamazoo, Michigan.

And that's how it should be. The airline industry must accept that it needs to be 30, 40, 50 percent smaller than it was last year. Giving the airlines another bailout now wouldn't just be throwing good money after bad. It'd be like throwing doubloons into the Hudson River.

Frankly, I'd prefer American taxpayers throw some coin into the river. I could fish a few out to help pay the mortgage on this house that American Airlines made me buy ...