The Inevitable Summer Sequel:
Movies Aren't Small Anymore
SATURDAY, AUGUST 22, 2020 -- When I wrote about Henry Kloss nearly 40 years ago, I cannot remember a moment when the father of big-screen TVs mentioned motion pictures--or programming of any kind.

Kloss, you see, seemed to love big television pictures for their own purposes. He did not much care about the content that would be shown on them. And although he probably never made a dime on the various companies he founded to make them, he was right. Televisions should be big. Eighty-five-inch TVs are commonplace now and cost less than Kloss's big boxes. Hell, stuff that sells for $100 now have screens that surpass the boxes Kloss was selling for thousands back then.

I mention this because I think large-screen televisions explain our current fascination with movies. Watching Lawrence of Arabia on a 19-inch screen kind of misses the point. But watching it in the comfort of our own home on a big, big screen is a genuine experience.

Which is why I asked our contributors to dip a second time into this month's Summer Under The Stars marathon on TCM. There are still nine days to go and dozens of worthy movies to screen. But this is no mere sequel. We've focused on just five films here--and not in a rote, review-y kind of way. Hell, one of the blurbs below isn't actually about the movie at all. But as we all slog through this seemingly endless grounding, we thought you'd appreciate our unique "guidance" on some films worth your time.

We hope you enjoy. And I'd be remiss if I didn't take issue with Norma Desmond, the crazy, faded star of Sunset Boulevard. Thanks to Henry Kloss and big-screen TVs, the movies aren't small anymore ...

By the way, in this era of endless streaming and everything-on-demand, there's no need to stick to the TCM broadcast schedule. TCM's Web site offers real-time access to both the channel's East and West Coast feeds. WatchTCM offers virtually anything TCM has broadcast on demand for several additional weeks. The TCM app is also a useful repository of great flicks. 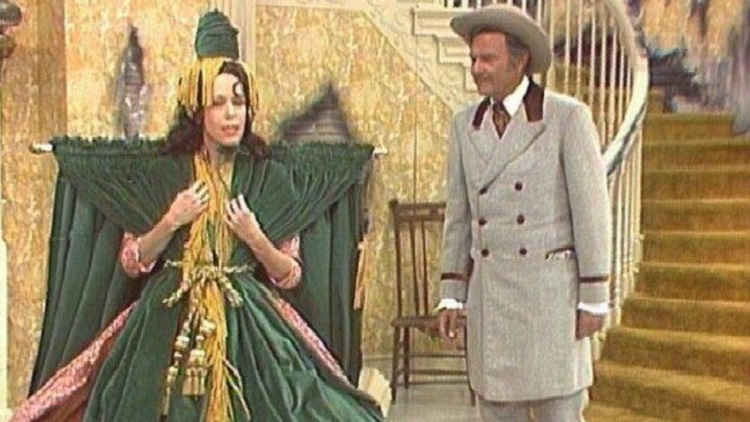 Charlene Baumbich: Gone With the Wind

SUNDAY, AUGUST 23, AT 8PM ET
Gone with the wind. I typed that and thought, Yup. Gone with the wind. Describes my short-term memory. As for 1939's epic, controversial, four-hour film based on Margaret Mitchell's 1936 novel, my memory's, um, gone with the wind. I watched the entire saga so long ago that aside from one crystal-clear recollection, all that's left are foggy floaters of a staircase, war, lots of trees and a servant. And my one crystal-clear recall isn't even in the movie: It's when Carol Burnett appears on a staircase wearing a curtain rod and a green "dress" hanging over and around her body like ... the curtain it is. Burnett's brilliant 1976 TV spoof was so grand that the raucous belly-laughing bit impregnated my brain and crowded out anything I might have once thought impressive about the original. Hear Gone With the Wind, think Carol Burnett Curtain Rod! I recently watched her reminisce about the sketch and was surprised there'd been that much more to it. Curtain rod. That's all I remember--except that I once read Clark Gable wore false teeth and had terrible breath, which meant kissing scenes weren't welcome by his costars. Yup. Curtain rod. That. Is. All. No rewatching Gone With the Wind ever. Frankly, you may not give a damn what I think if you have four hours to spare while you're not traveling.


They Drive By Night

MONDAY, AUGUST 24, AT 8PM ET
Humphrey Bogart is Bogie, a global icon of cool style, tough-guy street smarts and anti-hero integrity. George Raft is ... barely remembered. Intriguing considering Raft was Hollywood's first icon of style, smarts and anti-hero glamour. But once he climbed the metaphoric movie mountain, Raft inexplicably began rejecting role after role and role. Bogart got the starring part in at least seven movies originally meant for Raft--including High Sierra and The Maltese Falcon, two of Bogie's most acclaimed films. It's fair to say that Bogart might never have become Bogie without Raft's bizarre choices. As Warner Bros. contract players, they did make two flicks together, both in 1940. Invisible Stripes (TCM at 4:30am ET on Tuesday, August 25) is formulaic with leading-man Raft and second-banana Bogart playing stock urban criminals. But They Drive By Night is an interesting oddball, a not-quite-noir film that not only casts the two as brothers, but also as straight-arrow good guys. The female leads are the bland Ann Sheridan and sizzling Ida Lupino, who later starred with Bogart in High Sierra. Raft's movie career eventually fizzled (He turned down Double Indemnity, too!) and he became a casino glad-hander. He was living on $800 a month when he died at 79 in 1980, overshadowed by Mae West, who'd passed two days earlier. -- J.B. 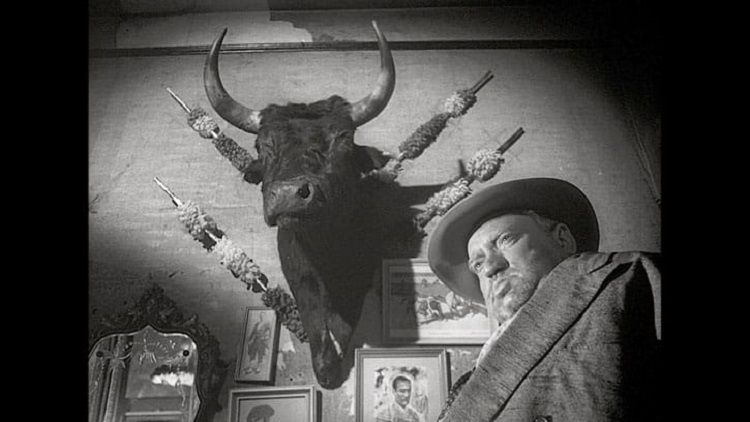 Will Allen: Touch of Evil

SUNDAY, AUGUST 30, AT 8PM ET
Set in twinned Mexican-American border towns, this 1958 film noir is convincingly bleak, quite discomfiting and foreboding--a tour de force written and directed by Orson Welles, who also starred with Charlton Heston, Janet Leigh and Marlene Dietrich. Memorable scenes feature a shabby mid-50s America although Leigh gets classy touches like Zero Halliburton luggage and a sexy wardrobe. Welles employed signature jaw-dropping crane shots and camera angles looking up from the floor. The opening car-bomb sequence rolling under the credits establishes nonstop tension and is a cinematic masterpiece: one extraordinary continuous shot using close-ups and a high tracking crane. Heston plays a Mexican lawman, smeared with brown makeup and sporting a shiny black mustache. It's absurd and ridiculous yet somehow works. His character brags to his American wife (Leigh) that Mexico and the United States peacefully enjoy "one of the longest borders on earth, an open border, 1,400 miles, without a single machine gun in place." But bigotry pops up repeatedly, as when a bloated, dissolute American police captain (Welles) says, "Let's go back to where it's civilized on the American side." Later he sneers: "I don't speak Mexican." As the end nears, Welles demands his former mistress (Dietrich) read her Tarot cards to tell him the future. "You haven't got any," she says. "Your future's all used up." As with most Welles films, controversy surrounds the edits. TCM airs a posthumous 1998 restoration based on a 58-page memo Welles wrote to Universal Studios pleading to make the movie he intended.

MONDAY, AUGUST 31, AT 2:15AM ET
Soylent Green is an eerily prescient dystopian sci-fi classic. Released in 1973, the film is set in 2022 and depicts a barbaric, depraved world that is overpopulated, environmentally wasted and morally corrupt. Sound familiar? You may find yourself wondering about those scenes of food shortages and shopping mania that seem like CNN news footage of our Coronavirus times. What exactly are you eating? There's no need for a remake: 2022 is here. Charlton Heston plays the lead, but Edward G. Robinson steals the show playing Sol Roth, the researcher and friend to Heston's Detective Thorn. Sol is an old soul who remembers the world when it was beautiful. Spoiler alert: When Sol decides to "go home," it is also a magnificent farewell for an acclaimed actor filming his very last scene. Robinson was battling cancer and died a few days after his movie death scene. Soylent Green was released posthumously several months later. -- Babs S. Harrison

MONDAY, AUGUST 31, AT 6PM ET
If you're going to watch only one Alain Delon film, make it 1961's Purple Noon (Le Plein Soleil). This is the moment he becomes a star. He is 25 years old and so beautiful that he's dubbed "the male Brigitte Bardot," becoming a sex symbol for the 1960s in France. The scenes--filmed in Italy--are like postcards of la dolce vita. It's a stylish, sensual summer for two young men and a woman and a trust fund. But a dark cloud lurks because Purple Noon is the first cinematic adaptation of Patricia Highsmith's crime novel, The Talented Mr. Ripley. Playing Ripley, Delon is offered a large sum of money by a wealthy American to bring home his philandering son, Philippe. Instead, Ripley meets up with Philippe and his girlfriend Marge in Rome and decides he'd rather have Philippe's lifestyle. You won't forget Delon's cold, blue-eyed stare after a murder. Yet Delon plays the character as the anti-hero. He's riveting to watch. Somehow, you kind of want him to get away with it all. -- With Babs S. Harrison.