The Newest New Normal:
Tomorrow Never Knows
THURSDAY, AUGUST 27, 2020 -- Every four years, sometime before Election Day, I used to write about places you could go if you wanted to leave America when your preferred candidate lost.

Four years ago, I put Vancouver at the top of the list. I thought Canada was fairly safe regardless of whether you went red or blue. So did Cape Breton, which, astonishingly, is still courting the Never Trumpers.

Cape Breton's relentless pitching notwithstanding, we can't go to Canada now, can we? Or anywhere else for that matter. Regardless of whether you support Biden or Trump, there's nowhere to go because almost no other country will have us. Our pandemic response has been so flaccid that Americans are globally viewed as the 21st-century equivalent of Typhoid Mary.

So let us table the "If X wins, I'm moving to Y" because we know you're just blowing off steam. You're stuck here for a while and that's all there is to it.

Which I guess brings me to my point, which I will reiterate for the seventh consecutive month: Stop worrying about "the future of travel" because there isn't one right now. We gotta take this day by day and assess the situation that exists now. Tomorrow never knows. (I never understood what that meant on Revolver, but it seems appropriate at this moment.)

HAVE WE HIT THE NEWEST NEW NORMAL?
Not much good has happened in 2020. One tiny exception: The TSA has been publishing daily traffic numbers. It's a gold mine of data. 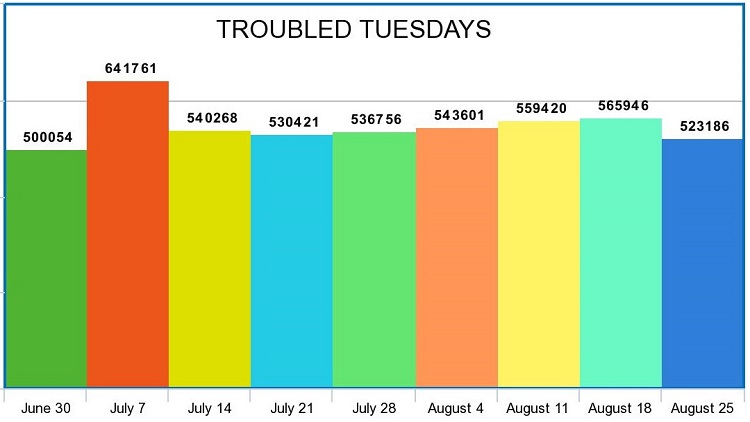 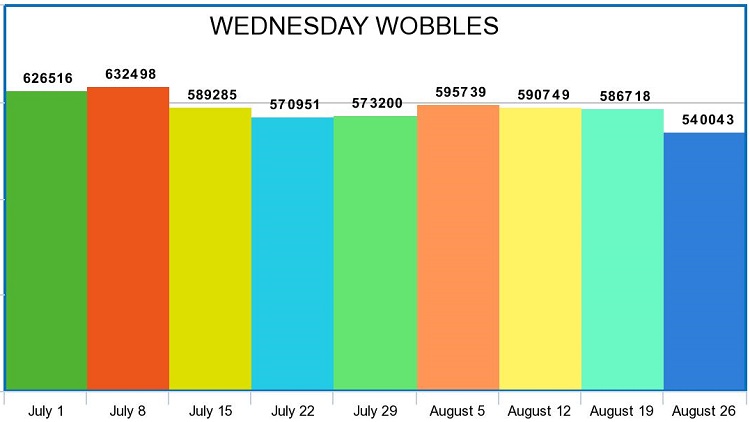 It is also, for better and worse, pointing out the newest new normal. As you can see by the charts I pulled together for travel on Tuesdays and Wednesdays, airline traffic is actually falling. After bottoming out at less than 5 percent of 2019 volume during mid-April, airline traffic began a slow-but-steady climb. It peaked around the Fourth of July. But it has been flat ever since. Tuesdays and Wednesdays in July and August have been something of a bad dream inside the nightmare of 2020.

In total fairness, the relative volume has held up--about 25 percent of 2019 traffic--as flying continues its typical summer undulations. But a summer stall isn't what you're looking for as an airline when you've lost three-quarters of your business. Still, maybe 25 percent--and 30 percent or so on busy days like Fridays--is where we'll be for quite some time.

The question of what an airline industry looks like at 25-30 percent of what once was is one of those Tomorrow never knows things. But stick a pin in this. If the trend holds up, we'll have to consider what flying looks like in a world shrunken by 75 percent.

THIS CAN'T BE GOOD, EITHER
I'm overly fond of my bad metaphor--airlines drive the bus--but it's generally true. Where airlines lead, hotels and all the other components of travel follow. Same now--and that's not good, either. 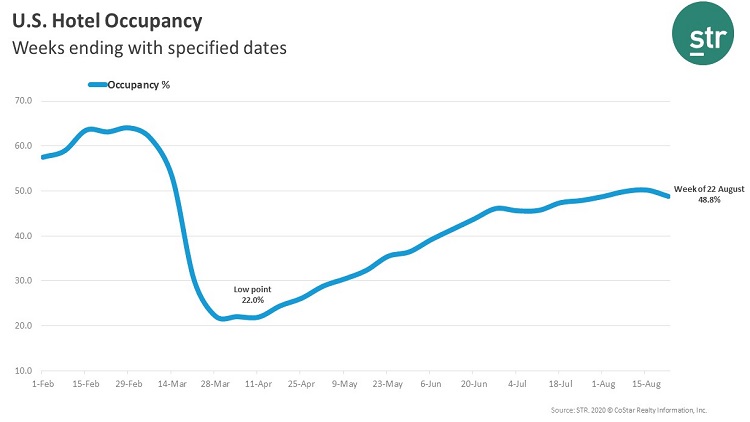 So, again, what if the newest new normal is around 50 percent occupancy? That is good for fighting Coronavirus--hotels can let guestrooms stay empty for a night between guests--but not so good from the lodging industry standpoint. That half the nation's rooms are empty even while literally thousands of other properties haven't even reopened is one wowser of a reality.

WHERE DO WE GO FROM HERE?
You want to know what all this means? How the hell do I know? Haven't you been reading? Tomorrow never knows and, really, I can't speculate about tomorrow.

I know others are deep into the predicting game. There are literally dozens of Web sites making useless guesses about what comes next in travel. They don't know. They have no facts. There's no extrapolation of facts on which to base useful predictions.

This, sadly, is the newest new normal for both business and leisure travel.

The newest new normal is Tomorrow never knows. And regardless of who wins in a couple of months, there's nowhere to escape.