Ziggy Stardust Got
Tangled Up in Blue
SUNDAY, SEPTEMBER 27, 2020 -- In the pandemic year of 2020, Rolling Stone magazine has reaffirmed my long-held belief that Bob Dylan's Blood on the Tracks is a better album than David Bowie's The Rise and Fall of Ziggy Stardust and the Spiders From Mars.

But, somehow, I do not think bringing the magazine's revised list of The 500 Greatest Albums of All Time to my friend James' grave will make me feel victorious or vindicated.

I'd give anything if James could see this week's Rolling Stone list with Ziggy Stardust at Number 40 and Blood on the Tracks at Number 9. It would, to crib from Carole King's Tapestry (Number 25), be so fine to see his face at my door. I'd like to show him again the flowers on my hillside bloomin' crazy and the blue river runnin' slow and lazy.

Mostly, I'd be delighted to pour him out a Scotch and tell him that his daughter and his son have their own children now. Ziggy Grandpa and the Little Spiders. They'd all play left-handed.

Yet these are not things I can do. No amount of listening to Blood on the Tracks or Ziggy Stardust can change that. 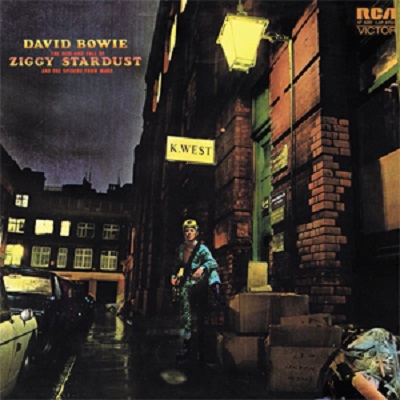 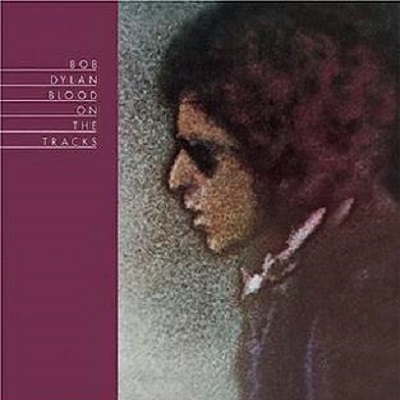 In the pre-disco years of the 1970s, life revolved around the teenage wasteland (Who's Next, Number 77) that was the basement of James' parents' home. James meticulously papered an entire wall with flip-top Marlboro boxes--the trick was to remember which one hid the weed--and he had a stereo receiver and turntable. The choices were limited to Pink Floyd's The Dark Side of the Moon (Number 55) or Ziggy Stardust. To this day, I've never gotten anyone's affection for Dark Side, but Bowie made me crazy. The glam part of glam rock eluded me and I didn't think Bowie rocked.

Yet James, the least glam-rock guy in the known universe, lived and died for Ziggy Stardust. He played it relentlessly, through chain-smoked blunts (we didn't call them that then) and bottles of Segesta, an insipid (but cheap) red wine. Over and over. Ziggy-Weed-Segesta. Night after night. And then repeat.

I got even. Since James' AMC Javelin was often in the shop (see Ziggy-Weed-Wine), I was usually the driver. My car (a 1971 Dodge Challenger if you must know) had a floor-mounted, after-market cassette player and exactly one cassette. Yup. Blood on the Tracks. I played it over and over and over. It freaked James out, as much as he freaked me with Ziggy Stardust. I lived and died for "Tangled Up in Blue" and "You're Gonna Make Me Lonesome When You Go." But "Lily, Rosemary and the Jack of Hearts" made James crazy. Car-cassette players in those days had an odd habit of defaulting to a specific song and I will admit that it always did seem to be "Lily, Rosemary and the Jack of Hearts."

I cannot lie: I don't remember a damn thing about our arguments over the albums. (Hey, I had weed and Black Tower, an insipid and cheap Liebfraumilch.) I only remember the arguments. Long. Impassioned. Fun. Ziggy versus Blood. Bowie versus Dylan. Day after day. Late-night diner after late-night diner.

We argued. Ziggy-Weed-Segesta. Blood-Weed-Black Tower. Endless, probably pointless, arguments. It was silly. It was stupid. It was life. We never let it get us down because it was only castles burning (After the Gold Rush, Number 90).

The weed got better, the booze got better, the women got better--or at least we dated them longer--and no one played Bowie or Dylan in the discos. When they weren't dragging us on the dance floor, James and I retreated to Neil Young, cherished common ground, because everybody knew this was nowhere (Number 407).

Eventually, of course, I sold the Challenger and my life went on. Jobs, different music, newer circles of friends. James eventually totaled the Javelin and moved on, too. Faster than me in some ways. He had a wife, kids and a house decades before I did.

Somehow, though, he never left the basement. Sweet dreams and flying machines in pieces under the ground (Sweet Baby James. Number 182).

James was always the smartest, fastest, funniest, strongest, kindest and most clever person I knew. He was Starman. He was literally and objectively fabulous at anything he tried. He could be whatever he wanted. Do anything he wanted. And he did want things.

But he never got out of that basement. It wasn't just that he kept drinking and smoking. He got crazy and old before his time (Crosby, Stills and Nash, Number 161).

His wife died and he froze up inside, but he still had two pre-teens to raise. He threw his head and his heart against a family business that not only made him crazy and old, but also cruel and unhappy. For each absurdly glorious moment in the later years--he once leapt into Lake Michigan, returned soaking and slimy and effortlessly high-jumped a sofa in the lobby of the old Westin Hotel on North Michigan Avenue--there were too many painful, ugly incidents that I cannot discuss even now.

When he died in 2013 at 60, I was furious with him. He had been feeling unwell for months and ignored it. Just a bad cold, he insisted. He claimed I was projecting my simultaneous ill health onto him. "You're sicker than me, so shut up!" he taunted in our last phone conversation. "I'll have a Scotch and go to bed."

Ziggy. Blood. Bowie. Dylan. We always did feel the same. We just saw it from a different point of view.

At the wake, his daughter said what I'd long been thinking and longer feared: James just wanted to die.

That made me angry with myself. Surely, there was more I could have done. I should have fixed the hole where the rain got in because sometimes a friend needs more than a little help to get by (Sgt. Pepper’s Lonely Hearts Club Band, Number 24).

I should have made him watch Life on Mars and Ashes to Ashes, brilliant British television shows that used Bowie tunes for the titles and Bowie sensibilities to explain life. It might have helped somehow. I should have insisted he come with us to Italy. I invited him dozens of times, but I always let him off the hook because it was, to be honest, easier when he said no. Maybe Italy could have cured him.

Rock 'N' Roll Suicide is never glam. They get their heads all tangled up and it's hard to make them care. The sun blasts their shadows and they are alone.

Worse, rock 'n' roll suicides leave the rest of us Tangled Up in Blue. We end up standin' by the side of the road with rain fallin' on our shoes.