Unless you're not getting the latest news in your part of Whoville, you've surely heard that Congress this week passed a handy-dandy, all-in-one, one-for-all omnibus bill combining $900 billion in Covid relief, $1.4 trillion in other spending and a one-week patch to keep the federal government running.

It spends on defense ($696 billion). It spends on Trump's border wall ($1.4 billion). It spends on foreign aid for nations great and far (Israel) and small and near (Belize). It underwrites some people's WiFi bills and revives the tax deduction for the legendary three-martini lunch. It restores Medicaid for residents of the Marshall Islands and ends the ban on transporting water chestnuts across state lines. 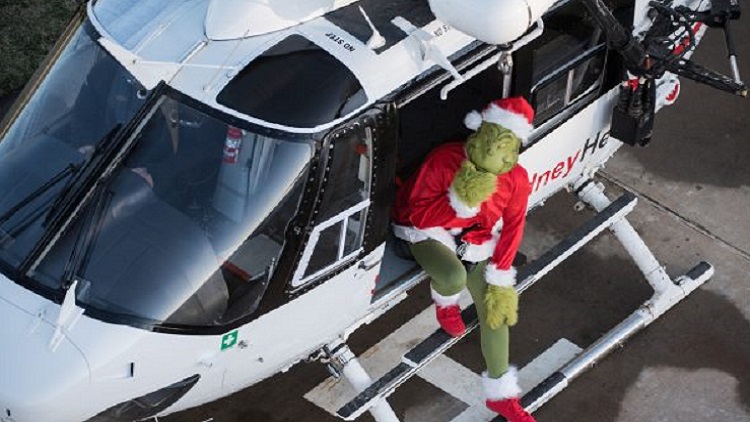 For all I know, it gives everyone who gathers on Whoville's hill and rings a Christmas bell a tax break. Hell, I won't lie to you. I haven't read all 5,593 pages of the Consolidated Appropriations Act, so I don't know what Congress wrought.

But neither does Congress. Literally. Because not one Congressperson or Senator had time to read the 5,593-page bill cobbled together just moments before the vote. In case you were wondering, I did the math: A 5,593-page piece of legislation is the equivalent of 81 books the size of How The Grinch Stole Christmas. Besides, the law is all words, no pictures. And it doesn't rhyme.

But one thing we know is in the bill is another $15 billion grant for the airlines. Why? Who knows why? And I don't mean Who as in Whoville. I mean who as in anyone on the face of the planet.

How did the airlines steal Christmas again? Who knows? Again, not Who as in Whoville, but who as in some expert who might explain how the airlines, which already got $50 billion or more in this spring's CARES Act, made out like bandits again. Some people think it's because the Democrats want to stay on the good side of airline unions. Some people think it's because airline executive always have the ear of (and upgrades for) Congresspeople. Maybe it's both, maybe it's neither. It's a mystery to us Whovillians.

If you cut through all the tinsel and trimming--and the page after page after page after page of mind-numbing legislative language--you learn that the $15 billion is ostensibly to reimburse the airlines for rehiring employees they involuntarily laid off after the CARES Act expired on September 30. As far as we can figure out, that is a universe of 32,000 people.

By comparison, you get $600 as Coronavirus relief--and a few hundred tacked onto unemployment checks if you've lost your gig due to the pandemic.

Naturally, the airlines won't be giving employees $470,000 when they rehire them. As far as we know, employees get back pay starting from December 1 at whatever rate they were being paid before the layoffs. Ain't no flight attendant, gate agent or pilot making $470,000, I assure you. Airlines apparently get to pocket the difference because The Grinch Airlines always profit.

But wait, there's more. Or, actually, less. The $15 billion only asks airlines to keep rehired employees on the books for four months. Yup, about $470,000 a pop and employees are only getting four months of paychecks.

Sadly, this routine is even more ridiculous than it seems. Why? There's nothing for the rehired workers to do for four months. The airlines are running only about half of the flights they operated last year and load factors are below 60 percent. More specifically, there's this: Even with three consecutive days in the last week with more than a million travelers, airlines are carrying only around 38 or 40 percent of 2019's customer volume.

Why are we paying the airlines nearly $470,000 each to rehire 32,000 people who have no flights to serve? Who knows? And given that airlines cut December schedules even before the Coronavirus began to rage again, one could suggest that the carriers are overstaffed already.

Giving airlines $15 billion to hire 32,000 workers for four months seems, um, I dunno, crazy? Profligate? Corrupt? A terrible waste of money we don't have and shouldn't borrow? The basis for a posthumous Dr. Seuss book?

In fairness to the airlines who stole Christmas again, this new bailout does impose another restriction on them: Carriers must continue to fly to all the cities where they operated before the pandemic.

Only that's a lie. They won't. Because just as the CARES Act allowed the Transportation Department to issue service waivers for a variety of real and imagined issues, this new bailout gives the DOT similar authority. Airlines have dumped dozens of airports from their respective maps since the pandemic began. And who can blame them? When 60 percent or more of your business has disappeared, it's ridiculous to keep flying to places where customers don't want to go.

But here we are. The airlines have stolen Christmas. Again. They've shimmied down the chimney and stolen money out of your wallets. Then swiped the presents out of the stockings on your mantel. And eaten the cookies and milk you left for Santa.

Another $15 billion down the Whoville tubes and there's nothing you can do about it.

Next: The Whack in the White House Might Veto That!