Norwegian's One-Way
Ticket to Palookaville
THURSDAY, JANUARY 14, 2021 -- As I write this on Thursday evening, the Coronavirus has killed nearly 2 million people worldwide and more than 375,000 Americans. Writing about the "death" of an airline seems somehow sacrilegious.

And, yet, the demise of Norwegian Air Shuttle is notable. Something serious has been lost for both leisure and business travelers.

As a business, a small rump organization called Norwegian will survive as a Nordic airline. But a few dozen intra-Europe flights hardly compares to the sprawling transatlantic network that Norwegian built in the 2010s.

Going into the pandemic, Norwegian had grown into one of the largest passenger carriers across the pond. It offered dozens of daily Boeing 787 Dreamliner flights linking both U.S. coasts with European hot spots such as London, Rome, Madrid, Paris and Amsterdam. Prices were low, comfort was decent in its better-than-premium-economy cabin--and restrictions were essentially nonexistent. As I said nearly three years ago after my first Norwegian bookings, there was a giddy sense of freedom buying one-way flights and planning open-jaw itineraries and not worrying about Saturday stays, abusive fare penalties or frequent flyer awards. 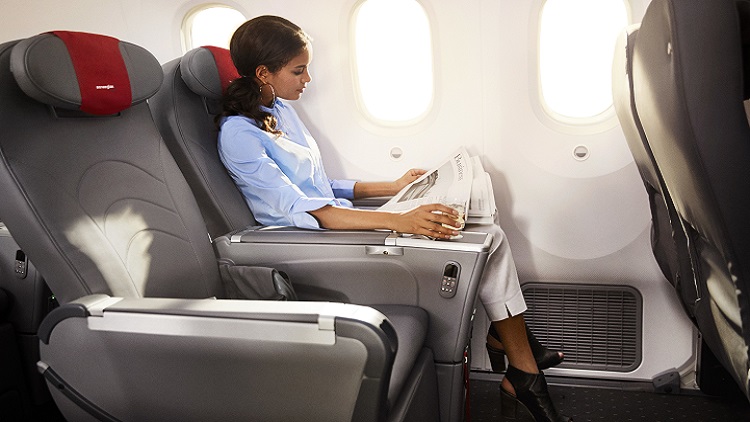 It's all gone now.

After nearly a year on the ground and several years of burning its metaphoric furniture to fuel growth, Norwegian announced today that the transatlantic dream is over. It'll take the short-end money, retreat to Palookaville (Oslo, actually) and retool. Too bad, It coulda been a contender.

I won't waste your time with the gory financial details, but the losses run into the billions. Bankruptcies and liquidations span several continents--to say Norwegian was a convoluted organization is to suggest quantum physics is complicated--and may take years to unravel. Four dozen or so Boeing 787s will be dumped into a leasing market groaning with supply and notably short of demand. Virtually all of the existing shareholders will be wiped out, as existing shareholders always are when an airline retreats into a bankruptcy or administration.

The "experts" are already explaining in excruciating detail how Norwegian Air's failure proves low-fare transatlantic service is a financial impossibility. They go back to the original Laker Airways in 1977 and draw a through line that dings PeoplExpress, Maxjet, Open Skies and a dozen carriers you never heard of and never flew. Their theory is that only big, networked airlines with oppressive fare structures and hard-to-use frequency programs can survive flying over the ocean.

It's poppycock, of course. But most airline analysis is suspect since it can never justify anything that doesn't exist. It never quite explains how Southwest can break all the rules and win or JetBlue Airways can break some of the rules and survive. And it has been clueless trying to explain what's happened in Europe where perennial losers like Alitalia refuse to die, dead carriers like TAP Air Portugal revive and a new class of aggressive discounters (Ryanair, EasyJet, Wizz Air) have built colossal market share.

Norwegian Air's failure is unique--and actually proves that a market for lower-fare, lower-restriction transatlantic operations could work in the future.

Norwegian's basic problem was bad planning. It grew too fast and tried to build the impossible: a point-to-point network with virtually no behind-gateway traffic feed. In many ways, it was a modern-day Pan Am: a big, ocean-spanning network with big, widebody planes and not enough opportunity for flyers in Peoria or Pensacola or Palookaville to use it.

Norwegian's secondary problem was bad aircraft. The Dreamliner is a nifty plane--if you can fill the seats. With no network to connect folks who didn't live in its U.S. coastal gateways or the big European cities it served, the only way Norwegian could fill its widebodies was with giveaway fares. We all want gigantic discounts, of course, but $500 walk-up prices for transatlantic premium economy are, in fact, financially unsustainable. An all-coach narrowbody foray linking small markets (Hartford, Newburgh, Providence) to niche European destinations did little but confuse people about Norwegian's primary selling point (spacious premium economy) and unwisely diverted traffic from its New York and Boston widebodies. A deal with JetBlue to feed connecting passengers never actually launched.

Norwegian was also cursed with bad luck. Its Dreamliners were outfitted with Rolls Royce engines that were often out for servicing or down for inspection. That forced Norwegian to backfill schedules with leased aircraft from third-party operators. Folks expecting a new 787 Dreamliner were often boarded on threadbare Airbuses staffed by disaffected, borrowed crews.

Still, Norwegian proved one thing: Price gently and fairly and they will come. Blasé road warriors like yours truly found nits to pick, but we couldn't argue with the value-for-money--and couldn't ignore the fare freedom. Newbie premium flyers like Ralph Raffio were dazzled by the 55 inches of legroom and wider seats. Norwegian was making friends and pulling coach flyers from traditional carriers into its premium economy.

When we finally ditch this pandemic and get back in the air, the market Norwegian helped create will be there. They'll also be better planes, a new generation of narrowbody Airbus and Boeing jets that can cross the Atlantic and make niche flying financially practical. It's what JetBlue Airways is betting on to make its new London service run. La Compagnie, the French carrier, already uses them. Others, with more discipline and more tactical finesse than Norwegian, will come along.

Norwegian coulda been a contender. It actually had (one good) class. But too many mistakes and bad luck and a global pandemic meant a one-way ticket to Palookaville.

And no one wants to fly to Palookaville even if the fare is right and the seat is comfortable.