The Most Famous and Reviled Frequent Flyer in America
THURSDAY, FEBRUARY 18, 2021 -- Today has been a day of existential travel decisions. Shall we consider the serious flights or the trivial one? The crisis or the callous? The news or the personality?

Or, you know, should we mash it all together, throw up our hands, shrug our shoulders and wistfully think about the good old days of life--and life on the road?

I speak, of course, of the NASA Mars mission, which touched down today on the surface of the Red Planet. Unless you want to talk about Senator Ted Cruz and his bizarre odyssey to Cancun and back after being outed for deserting Texas in the midst of a humanitarian nightmare.

And how should we discuss this week's freak storm that left millions of Texans without power, water, heat and flights before raking the East Coast and areas in between today? Or, you know, should we just harp on Cruz, who is universally disliked by friend and foe alike? "If you killed Ted Cruz on the floor of the Senate, and the trial was in the Senate, nobody would convict you," fellow GOP Senator Lindsey Graham once said. 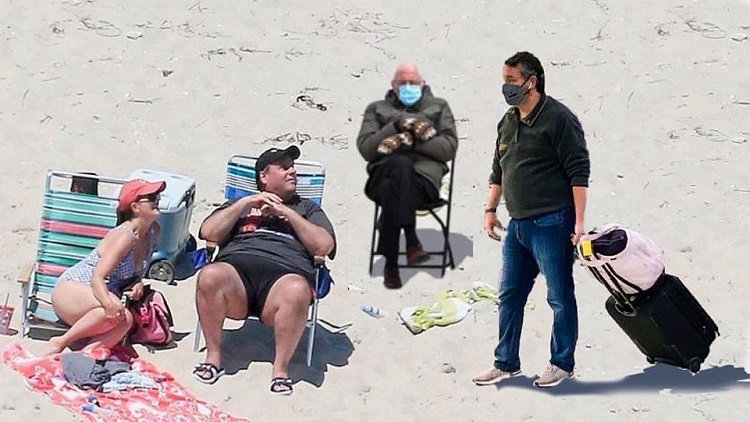 Maybe I'll leave the remarkable landing of the Perseverance Rover on the surface of Mars for another day--and after I've seen The Martian so I can make appropriate Matt Damon jokes. Better we focus on the brutal weather--and Cruz, now the most famous (and reviled) frequent flyer in America.

MESSING WITH TEXAS
I'm not wise enough to understand the Texas energy grid, isolated from the rest of the nation because of the state's stubborn independent streak and its politicians' desire to privatize and enrich friends. But I saw upwards of four million who had no power after a few inches of snow and the ten million or more who had no water. It seems like a state that doesn't want to be messed with would take better care of itself and its infrastructure.

And while it is minor woe in comparison, this week's storm totally destroyed Texas' aviation, home to four hubs.

On Monday, when about 3,900 flights were cancelled nationwide, United's Houston/Intercontinental and Southwest's Houston/Hobby hubs were closed. Dallas/Fort Worth, home to an American Airlines hub, suffered through more than 60% cancellations. The airport in the state capital, Austin, was closed. So was San Antonio's airport.

Tuesday, when more than 2,800 flights were cancelled nationwide, was just as bad. San Antonio and Austin remained closed. Houston/Intercontinental didn't open until 8pm. Hobby was closed until 4pm. Wednesday, when Cruz began his Cancun run from IAH, was also a nightmare. More than 2,500 flights dumped nationwide, including two-thirds of the schedules at the Dallas and Houston airports. Austin and San Antonio only got partially open.

MEANWHILE, IN THE REST OF AMERICA
Today wasn't a sterling day at Texas airports, either, but it was also miserable in other parts of America. Around 3,000 flights have been cancelled nationwide as of 9pm Eastern time. The 50% cancellation rates in Dallas and Houston have been joined by massive cancellations from Jackson, Mississippi, to the East Coast. Around half the flights at Washington's airports were dumped. Nashville suffered its second day of cancellations north of 50%. Richmond was crippled. New York airports were hamstrung, including diversions from New York/JFK. There were plenty of cancellations in Boston, Philadelphia and many other cities.

BUSTING ON CRUZ
When you consider the storm and the fact that only about 770,000 people flew nationwide yesterday, the attention paid to Cancun Cruz's journey has been astonishing. He deserves all the opprobrium being heaped upon him, of course, but given all the other issues of the day ...

In case you somehow missed it, Cruz was caught Wednesday night flying with his family from Houston to Cancun. This while his constituents statewide were battling the cold, the lack of power and the loss of water--and while his 2018 Democratic opponent, Beto O'Rourke, was organizing more than 100,000 welfare-check calls around the state.

Once outed, Cruz hastily arranged to fly back today instead of Saturday as he originally planned. He not only was photographed rolling up to the check-in counter at Cancun, his spot on the upgrade list was photographed as well. His office issued a lame excuse--he was escorting his kids to Cancun as any good dad would--and seemed oblivious to the optics of a Senator abandoning distressed constituents.

I couldn't help noticing his rolling bag looked way too large to be a carry-on bag. The Internet couldn't help turning Airport Cruz into a meme (above) on the beach where former New Jersey Governor Chris Christie ran after closing it to the public. He was, of course, joined by Bernie in Mittens.

But like far too many politicians these days, Cruz didn't think he'd be caught, didn't think his literally powerless constituents back home would find out--and didn't think anyone would care. The last of which is especially peculiar since he gleefully skewered the Democratic mayor of Austin last fall for recording stay-at-home messages after taking a private jet to Cabo San Lucas.

All of which, weirdly, reminds me of Ted. Remember Ted? It was that awful, awful "discount" subsidiary United Airlines ran between 2004 and 2009. It did everything wrong, insulted every flyer it carried and ended up disappearing into the ether unloved and unremembered.

Friday morning update: Cruz arrived back at IAH last night and promptly went to work--spinning his trip to Cancun to friendly media outlets like Fox News. His defense was unchanged: He was just thinking of the children. However, he did admit he made a poor decision. Meanwhile, Cruz's "friends" dropped a dime on him and gave the media the texts of the trip planning. Cruz's family remains at the Ritz-Carlton Cancun at the bargain price of US$309 a night. One wonders why he didn't use Marriott Bonvoy points ...