Airport 'Winners,' Canada Mints and the Cost of Uber
THURSDAY, JULY 29, 2021 -- And now a tale of travel from long ago. But I promise, it's not history for history's sake.

My dad was a retailer, yoked to his shop six days a week. Vacations, such as they were and if they were, were Sunday-Wednesday affairs, always within a few hundred drivable miles, and always just now, the first weekend in August. 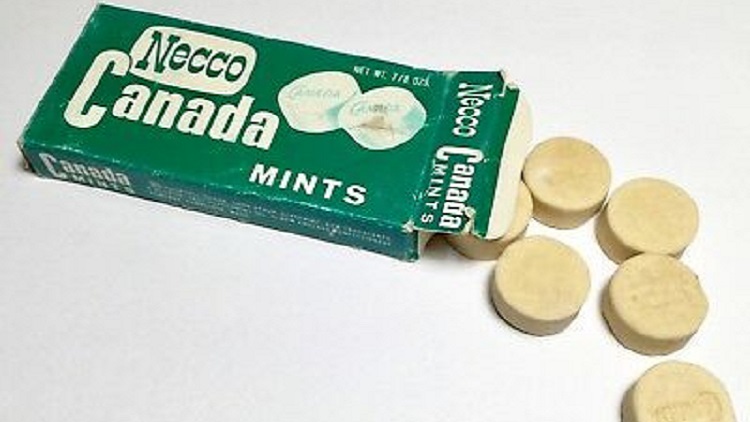 We would leave at the crack of dawn on Sunday--I mean, the absolute crack of dawn--and drive to somewhere close to our Brooklyn home, usually upstate New York near Lake George or maybe Pennsylvania or Washington or Cape Cod. We'd always return Wednesday so he could reopen the shop.

I was of several minds on vacations. I absolutely hated the crack-of-dawn stuff, but I did like the boxes of Canada Mints my mother packed to shut me up during the pre-Interstate-Highway drives. And I surely despised my father's habit of never making a motel--it was always a motel--reservation. "Just show up about 1pm after people check out," he would say. "There's always room." Um, yeah, about that ...

My point is that business travel has been good to me. It has gotten me to places that aren't Lake George or Washington or Cape Cod. It's gotten me on airplanes. I am grateful I don't have to stay in motels. And when I go on holiday now--at least the pre-pandemic "now"--it's to exotic places in premium classes and really nice hotels, funded by frequency awards earned from business travel.

So let's take a break from the Sturm und Drang of life on the road and consider some statistics that are driving our business travel just now. Kinda like a little vacation. I suggest you grab yourself a bag of Rito Mints--sadly, the little boxes of Necco Canada Mints are long gone--and follow along.

MAKE A RESERVATION, PLEASE
Don't be my father. Make a hotel reservation. While nationwide occupancy fell below 25% in the early days of the pandemic last year, it has rebounded nicely in recent weeks. In fact, for the week ended July 24, nationwide occupancy was 71.4%. That's still nearly eight points below historic norms, says lodging statisticians STR, but it's the highest level since October, 2019. Rooms rates are skyrocketing, too, and reached an all-time high of $141.75 a night. Florida hotels, especially in Tampa and Miami, are racking up impressive occupancy and rates. If you're looking for bargains, head to places like San Francisco and Boston, where occupancy rates are about 15 points below the national average and nightly rates have crashed compared to pre-pandemic times.

THE AIRPORT REPORT
With very little fanfare, the Transportation Department dropped a comprehensive report on the state of airport traffic in 2020. It won't shock you that the general overview was "dreary"--my word, not the government's--but the disparity in activity last year was truly fascinating.

Traffic at Chicago/O'Hare and LAX plunged by as much as two-thirds last year compared to 2019. Things were even worse at New York/JFK, which depends more on international traffic than ORD or LAX. Traffic there was off a staggering 73.3%. Ditto for San Francisco International, down more than 72%. Secondary airports in Florida did much better, however. Traffic at Panama City (ECP) was down just 35.8%. Key West International was off about 33%. The big "winner" of 2020 was Austin/Bergstrom. It was down just 26%, the best performer among the nation's 20 busiest airports.

The overall winner, though, was Deadhorse, the airport on Prudhoe Bay in Alaska. It handled 67,676 passengers last year (about 185 a day), down just 5.77% compared to 2019. The biggest loser seems to have been my hometown airport, Newburgh/Stewart in the Hudson Valley. Traffic there fell 80.77%. See what happens when I don't fly?

HOPE YOU LIKE MARRIOTT
Marriott is already the 800-pound gorilla of lodgings with more than 7,600 properties and 30 brands. It will only get (much) larger in the years ahead. It has more than 1,300 new projects in development and that represents an additional 170,000 rooms. Fastest-growing brand in the Marriott portfolio? Fairfield Inn. But I personally take note of the international growth of the Residence Inn chain, Marriott's best-known extended-stay operation. It now has branches in 17 countries. When I'm overseas, I much prefer apartment-like accommodations with the additional space and kitchens. And all things being equal, I would choose the consistency of Residence Inn over a blind pick from Airbnb or VRBO.com anytime.

YOU'RE NOT CRAZY, UBERS ARE NOW CRAZY EXPENSIVE
I've always cast a gimlet eye at Uber. I despise its arrogance, its gig-work philosophy, its despicable management practices, its disregard for local laws and, most importantly, its smash-mouth drive to shift a regulated transit solution (taxis) into unregulated private hands. And I don't want to say I told you so, but I told you so: According to Gridwise, a ride-share app for drivers, the price of an Uber ride has risen an eye-watering 79% since the second quarter of 2019. With even less competition than the airlines, Uber is now every bit as abusively priced as airline travel.

LIKE FATHER, LIKE SON
By the way, in case you're wondering, I am going on vacation this weekend. I'm headed to Flushing, just a few miles from LaGuardia Airport. I'll be driving and it'll be a short stay, but I have hotel reservations and I won't leave at the crack of dawn.

And I will do something that would have been inconceivable to my dad: Celebrating my first restaurant meals with friends in 17 months. That's a statistic I wish I didn't have to report.