Joe on Joe:
Cocker's Comeback
SUNDAY, OCTOBER 15, 1978 -- Surprise Number 1: Joe Cocker, one of the greatest rock and R&B singers ever, has apparently survived yet another debilitating bout with the devils within.

Surprise Number 2: Joe Cocker, who has released only six solo albums in a decade, and not a single track in more than two years, has just recorded a "comeback" disc, Luxury You Can Afford.

Surprise Number 3: Joe Cocker, known for his bizarre and spasmodic stage performances, appears on the jacket of the new album wearing a conservative gray pinstripe suit and a tie.

Surprise Number 4: Joe Cocker, who Ray Charles has called "my only real disciple" as an interpretive singer, has taken Marvin Gaye's classic "I Heard It Through The Grapevine" and turned it into the most palatable disco song ever recorded.

If you music fans out there still have your wits about you after that stunning series of revelations, take a moment to welcome Cocker back to the world of the living. We need his drive and talent and the craggy voice now more than ever before.

Luxury You Can Afford, to be quite blunt, isn't really in the class of Joe Cocker! and With A Little Help From My Friends, the 1969 albums that shook the music world. It's obvious that Cocker's checkerboard career, his frequent battles with himself and his demons and his erratic nature have at least partially dimmed the talents of this still-young (34) singing genius from England. 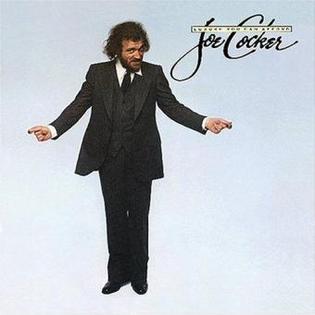 Yet even running on just a little more than empty, as Cocker seems to do throughout Luxury, it is equally obvious that he was, and still is, the best of his class. And his class is a horde of white English teenagers of the '50s, including the Beatles and the Rolling Stones, who revered and later imitated great black American artists such as Charles, Chuck Berry, James Brown, Muddy Waters, John Lee Hooker and Little Richard.

Moreover, even a diminished Cocker remains the only real peer of Charles when it comes to taking someone else's song, restructuring it and making it sound better, more gutsy and musically innovative than it was ever intended to be. Ray Charles is the definitive blues vocalist and performer. For all his problems, Cocker is next on the list. The rest of the pack is light years behind.

In case your memory is faulty, Cocker first burst on the folk-rock and acid-rock American music scene in 1969 with appealingly bluesy songs such as "Marjorine," "Feelin' Alright?," "Do I Still Figure in Your Life" and "I Shall Be Released." He also offered spectacular, gritty renditions of The Beatles' "With A Little Help From My Friends" and a soulful version of "Just Like A Woman" that out-Dylaned Dylan.

He quickly followed With A Little Help From My Friends with Joe Cocker! That disc included a Beatles song written just for him (Paul McCartney's "She Came In Through The Bathroom Window") and a Beatles song ("Something") recorded before George Harrison got it onto a Beatles album. He also had hits such as "Delta Lady" and "Darling Be Home Soon."

Cocker himself first came to the States in 1969, played Woodstock and promptly added to his growing legend by flailing and gyrating and whirling his way into the hearts of the flower children at Yasgur's Farm. White American rock fans, who had scarcely heard of Ray Charles and the other black American artists who influenced Cocker, were fascinated by his music and bemused by his wild stage persona.

When Cocker and then-obscure Leon Russell put together 1970's massive Mad Dogs and Englishmen tour, the one-time laborer was already being hailed as rock's first great interpretive singer. But Cocker's life got in the way of his music career. Even though the soundtrack album from the Mad Dogs tour was released and promoted as a live Joe Cocker album, it was Russell, not Cocker, who eventually profited. The double album became the foundation for Russell's musical acclaim. Cocker, meanwhile, began a painful, often inexplicable withdrawal from the music scene.

Wild stories about Cocker kept popping up from his various West Coast and English hideaways, most of them chronicling the singer's marathon bouts with drugs, alcohol, irrational behavior and depression. There was only one live appearance in 1971. A tour of Australia in 1972 ended with a drug bust.

I Can Stand A Little Rain, released in 1974, produced his biggest single, the impressively gruff, husky "You Are So Beautiful." But the next two albums--Jamaica Say You Will (1975) and Stingray (1976)--were creatively and financially disappointing. The music world all but gave up on Cocker.

Or maybe it was Cocker who gave up on himself. After all, what else can you say about a period when its most notable "achievement" was sharing the Saturday Night Live stage with John Belushi doing a Joe Cocker impression? Cocker also owed a fortune to his record company (A&M), was battling alcoholism and seemed unable to focus on the work.

This comeback, Luxury You Can Afford, is something of a mystery. It's Cocker's first with Elektra, but there has been very little pre-publicity surrounding its release. Cocker is notoriously publicity-shy and Elektra's press releases are equally uninformative. There doesn't seem to be any plan for a live Cocker tour, so his personal state of mind remains unclear.

Luxury You Can Afford, however, may be Cocker's last chance as a "popular" artist. It's strangely serene and much less self-possessed than earlier Cocker releases, and perhaps that is by design. Luxury almost classifies as a middle-of-the-road album with such interesting, but hardly revolutionary, renditions of Procol Harum's "Whiter Shade of Pale," Dylan's "Watching The River Flow," and "I Know." And, of course, there's that disco-based "I Heard It Through The Grapevine." If the Stones can go disco with "Miss You," why not Cocker?

But all this said, the main point to be made about Cocker's latest return is still a simple one: Whether he's going full-tilt or half-speed, it's good to have him back. Again.

A 2020 UPDATE
Disco survived Joe Cocker and 1979 brought what I think is the greatest disco track ever, Ashford and Simpson's "Found a Cure." Meanwhile, Luxury You Can Afford didn't sell well and a late-in-the-year live tour was largely ignored. Four years later, in 1982, Cocker jumped back to the top of the charts with "Up Where We Belong," a duet with Jennifer Warnes from the soundtrack of An Officer and a Gentlemen. A 1987 album, Unchain My Heart--named for his cover of the 1961 Ray Charles hit--was nominated for a Grammy. His music often appears in commercials, movies and television shows. Yet Cocker himself never reclaimed center stage in popular music although he continued touring and recording until a year before his death in 2014 from lung cancer.

The 1978 column originally appeared in The Washington Star.

Column and JoeSentMe.com Copyright © 1978-2020 by Joe Brancatelli. All rights reserved.